After plunging to decade-lows in preliminary data, analysts expected practically no bounce at all for the final November print of University Of Michigan’s Sentiment survey, but in fact the data did bounce a little.

However, despite the intramonth bounce (which was small), headline sentiment remains at its lowest since 2011… 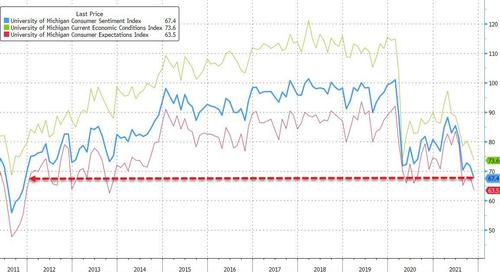 Buying Attitudes all dropped in November to record lows… 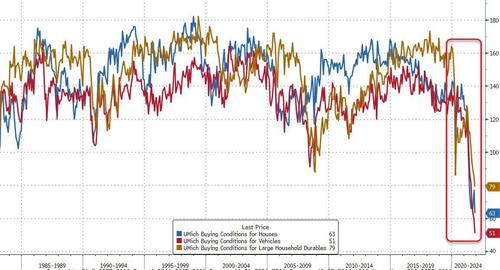 “Rather than gradually easing along with diminished shortages, complaints about falling living standards doubled in the past six months,” Curtin said.

Finally, and perhaps most importantly, Americans’ expectations for the future path of inflation remain at their highest since 2008 fro the short-term and medium-term picked up as the month proceeded… 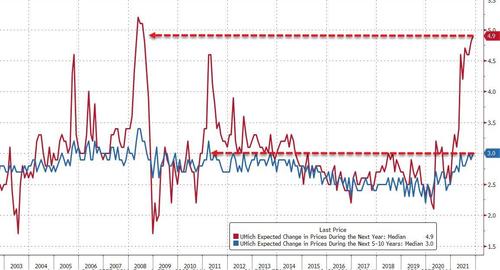 “While pandemic induced supply-line shortages were the precipitating cause, the roots of inflation have grown and spread more broadly across the economy,” Richard Curtin, director of the survey, said in a statement.

Not what Brainard wanted to see!