Yet another finance titan has just been forced out of their CEO job due to unsavory ties to Jeffrey Epstein. Months after Apollo co-founder and former CEO Leon Black abruptly left private equity giant Apollo following an internal uprising over his ties to the now-deceased Epstein, Staley, – who had been tasked with transforming Barclays’ into one of Europe’s top banks with a focus on its credit card business – has been forced out after a regulatory investigation that found Staley’s ties to Epstein were closer than he had let on. 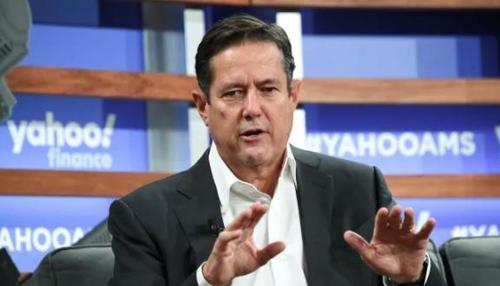 In a statement on Monday, Barclays said it was only made aware of the results of the probe by the Financial Conduct Authority and Prudential Regulation Authority on Friday.

“In view of those conclusions, and Mr Staley’s intention to contest them, the board and Mr Staley have agreed that he will step down from his role as group CEO and as a director of Barclays.”

The statement added: “It should be noted that the investigation makes no findings that Mr Staley saw, or was aware of, any of Mr Epstein’s alleged crimes, which was the central question underpinning Barclays’ support for Mr Staley following the arrest of Mr Epstein in the summer of 2019.”

Per the FT, the bank was blindsided by the findings. Previously, it had planned to send Staley to the COP26 climate talks in Glasgow this week.

Instead, Staley will be replaced by his longtime lieutenant, CS Venkatakrishnan – known as Venkat – head of the global markets trading unit at the bank as well as its former chief risk officer, who will attend in Staley’s stead.

The Epstein probe wasn’t the first that Staley faced which questioned his fitness to run the British lender. He was censured and fined £642,000 in 2018 after he repeatedly tried to determine the identity of a whistleblower, against the advice of colleagues and in a breach of the bank’s rules, after the bank got embroiled in a series of base-rate, currency rate and other market manipulation scandals.

At the time, the FCA said Staley “allowed his own interest in the complaint to override his objectivity”.

Staley sent a final memo to his shocked staff on Monday morning, he explained the difficult personal decision to step down” was because “I do not want my personal response to those matters to be a distraction from the fantastic work you do,” Staley said according to a copy of a letter seen by the Financial Times.

Staley is only the latest in a string of Barclays CEOs to leave under a dark cloud. His predecessor Anthony Jenkins, left following a series of scandals, while former CEO Bob Diamond was effectively scapegoated for the LIBOR-fixing scandals of the early 2010s.