Today in “liberal cities are moving one step closer to total lawlessness” news, it was reported that Philadelphia’s City Council has passed a measure that bans officers from pulling over drivers for traffic violations like broken taillights or expired registrations.

The measure, being called an “anti-driving-while-black” law, is being seen by social justice advocates as a “victory for equity”, according to the Delaware Valley Journal.

Councilmember Isaiah Thomas’ Driving Equality bill supposedly seeks “to address the tension between members of the Black community and police by reducing the number of minor traffic stops”.

Thomas wants to redirect police time toward “keeping the community safe” while removing negative interactions that “widen the racial divide”.

We guess the idea of reprimanding officers for pulling people over for no reason, instead of actually having a valid reason, never crossed his mind. Because keeping things “safer” now apparently means you can drive around in a car with busted headlights and no registration. Ah, the sweet smell of progress.

Thomas commented: “To many people who look like me, a traffic stop is a rite of passage – we pick out cars, determine routes, and plan our social interactions around the fact that police will likely pull us over. With this vote, I breathe a sigh of relief that my sons and my friends’ children will grow up in a city where being pulled over is not a rite of passage but a measure of the safety of your driving and vehicle, regardless of the skin color of the driver. That’s why I am grateful to my colleagues for voting to pass my Driving Equality bills.” 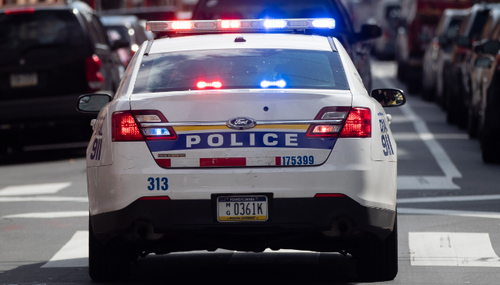 NYPD deputy inspector John Hall conducted an analysis of the approach and said: “Experience during the pandemic has revealed that removing police from traffic enforcement leads to more dangerous streets, more disorder, and more crime. Public safety policy decisions and legislation must be informed by data and made with eyes wide open to their consequences.”

Once Mayor Kenney signs the measure into law, it’ll also create a database of all traffic stops.

Thomas concluded: “Data will tell us if we should end more traffic stops or amend how this is enforced. Data will also tell other cities that Philadelphia is leading on this civil rights issue, and it can be replicated. Data and lived experiences showed us the problem, and data will be key to making sure this is done right.”

The bill passed city council 14-2, with the council’s only two Republican members voting against it.

Former Upper Darby Police Superintendent Mike Chitwood, who had also worked as a police officer in Philadelphia, said: “Some of the best arrests that I ever made were based on a headlight out or a turn signal off. I can recall arresting an individual with six handguns in a trunk of a car and masks and rope based on the fact that his rear light wasn’t working.”