Authored by Adam Andrzejewski via RealClearPolicy.com,

In the Democrat-backed $3.5 trillion Build Back Better Act that funds so-called “human infrastructure,” is money categorized as a child tax credit but acts as a universal basic income for people with children.

This expansion of the social safety net is a “turbocharged child tax credit that is really a universal basic income, which will discourage work and cost $1 trillion,” The Wall Street Journal editorial board said. 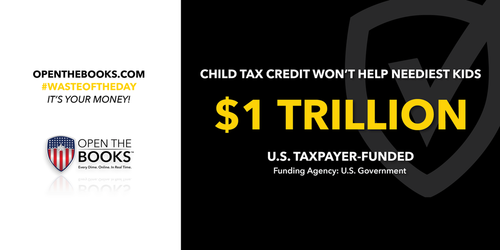 While the bill extends the tax credit through 2025, the editorial board argues neither Republicans nor Democrats running Congress or the White House will ever repeal it.

Since it’s a “refundable” credit, it’s paid in a check to those who don’t owe any income tax.

In July, the IRS started paying part of the credit in monthly checks, “all the better to get recipients hooked on regular government payments,” the WSJ editors said.

“It has kicked free of any connection to income or taxes and is now a full-fledged entitlement.”

Some proponents argue it could cut child poverty in half.

However, Robert Doar, who ran welfare programs in New York, warned that sending families checks without considering the circumstances of a household could make families appear less poor on paper but could do little or nothing to actually change their circumstances.

In America today, there are 10 million jobs and not enough workers to fill them. Instead of paying people to stay home, people should get a job. 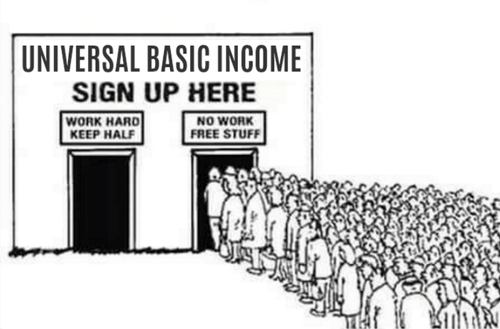 The #WasteOfTheDay is presented by the forensic auditors at OpenTheBooks.com.