Update: After the initial headlines hit, it has been reported that Wells Fargo reached a $37 million settlement with the U.S. Justice Department over claims it overcharged commercial customers who used the bank’s foreign exchange services.

Just days after Senator Elizabeth Warren demands the bank be broken up, Wells Fargo is facing yet another fraud.

Bloomberg reports that the U.S. claims that from 2010 through 2017, Wells Fargo defrauded 771 customers – many of which were small or medium-size businesses and banks – by charging more than they claimed for foreign exchange transactions.

The government is seeking unspecified civil penalties in the suit, filed Monday in federal court in Manhattan. 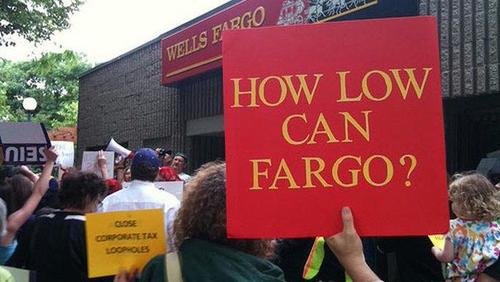 WFC shares are down over 3% on the headlines… 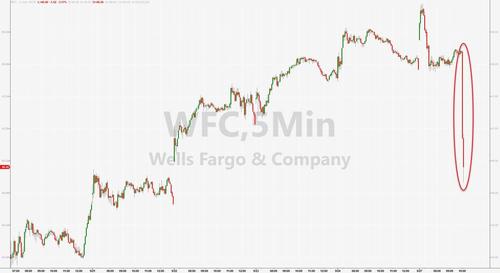 And that is on a day when financials are outperforming as rates rise.

We suspect Senator Warren will be writing another letter soon.