UK politicians panic as similarities to the 1970s-style “winter of discontent” of shortages and socio-economic distress have already materialized. Prime Minister Boris Johnson requested the Army to begin fuel deliveries to petrol stations. 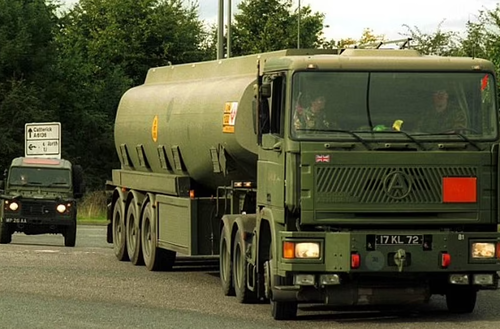 According to Reuters, 90% of petrol stations could run dry across major metro areas on Monday after buying panic accelerated the crisis of low fuel supplies due to a shortage of truck drivers.

The buying panic began shortly after BP plc, a multinational oil and gas company, warned last Thursday that a shortage of truck drivers is inhibiting the oil company’s ability to transport fuel from refineries to its network of service stations. By Saturday, lines of cars spilled over into the streets at petrol stations and continued into the new week. The shortage has been made worse because of hoarding. 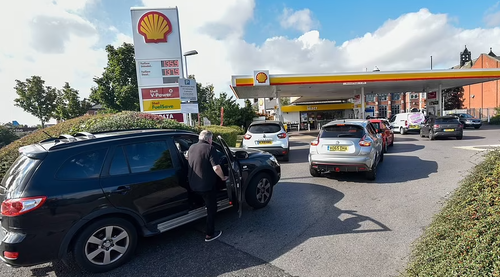 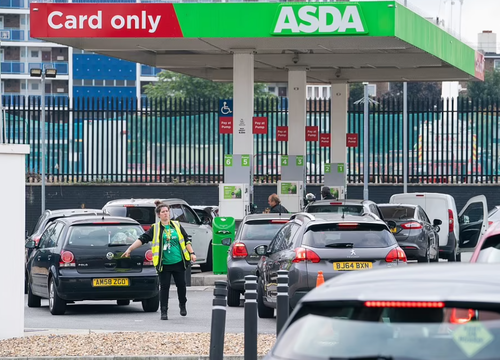 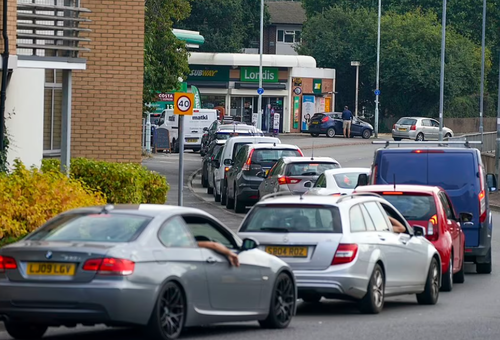 The Petrol Retailers Association (PRA), which oversees about 5,500 independent petrol stations, said about two-thirds had run dry by Sunday night, and the Reuters figure is 90% by Monday.

PRA chairman, Brian Madderson, said hoarding had worsened the crisis as it may take weeks to restock fuel supplies in the country. He said the government’s plan to increase heavy goods vehicle (HGV) drivers would not be a quick fix.

“I’ve talked to a lot of our members… They serve the main roads, the rural areas, the urban roads, and anywhere in between 50% and 90% of their forecourts are currently dry, and those that aren’t dry are partly dry and running out soon.”

In a move to boost HGV drivers, the government is considering calling the military to transport fuel to petrol stations. The country needs at least 5,000 more HGV drivers after it lost drivers post-Brexit and after the COVID-19 pandemic, which adds even more woes not just to the fuel supply chain network but has also disrupted food supplies at supermarkets.

The scenes playing out in the UK this weekend are spilling over into the new week. They are reminiscent of the US panic buying in May when the Colonial Pipeline ransomware attack created shortages at petrol stations.