Authored by David Flint, op-ed via The Epoch Times,

To communists and their ilk, the truth is whatever line the party is now promulgating – that is, until it is superseded by a new line. 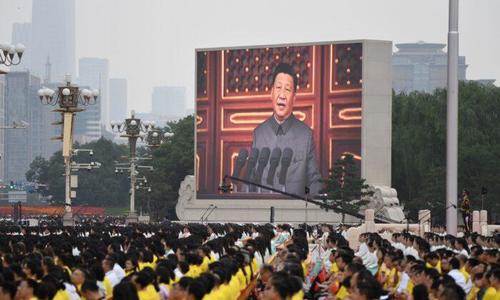 This is the theme of George Orwell’s great novel, 1984. The protagonist, Winston Smith, works at the Ministry of Truth, constantly amending historical records to be consistent with whatever is the current party line. In particular, those liquidated are made non-persons, just as though they never existed.

The truth has been packaged precisely this way in Communist China continuously and consistently since 1949, just as it was from the birth to the collapse of the USSR. Accordingly, when Joseph Stalin’s secret police chief, Lavrentiy Pavlovich Beria, was executed by his successors, subscribers to the Great Soviet Encyclopaedia would receive instructions to replace pages eulogising Beria with additional material on the Behring Sea. Beria was made a non-person.

But the fact is that the enemy of each and every communist regime is truth itself, as are the other values and principles of civilised society, especially the proposition at the very core of the Declaration of Independence. This is not just American. According to Winston Churchill, following the Magna Carta and the English Bill of Rights, the Declaration is the third great title deed on which the liberties of the English-speaking people, the core of the West, are founded. 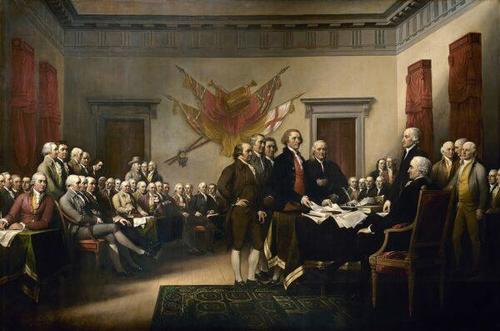 It states the fundamental principle that man is endowed by his Creator with certain unalienable rights, a principle which is inconsistent with communism, whoever is the paramount ruler.

The latter is important. What we may call the “Communist China Lobby”—a powerful pressure group in the United States and many democratic nations—pretends Chinese leader Xi Jinping to be the sole source of present troubles with the Chinese Communist Party (CCP).

Not so, the source of this evil is communism. Just as an egregious illustration, the wicked multi-billion-dollar trade in the organs of healthy people dates from well before Xi’s rise.

The fact is that communism is and has always been alien to civilisation. We cannot rely on communist regimes to behave appropriately or honourably. We can place no trust in their word, even in the most elementary matters.

Take, for example, the statistics on COVID-19 for which the CCP is responsible.

We are told the deaths from the virus in Australia, a country of 26 million, will soon exceed those from Communist China, a country with a population of over 1.4 billion.

Clearly, no wise person would ever take either their statistics, or their word, seriously, a counsel which curiously does not seem to apply whenever the subject is the reduction of CO2 emissions.

Equally, any wise person must expect a hostile reaction when they demand a truth that will expose a matter that could embarrass the communists, as occurred when Australia dared to propose an international investigation into the origins of the pandemic.

Australia’s only mistake was to allow an investigation to be led by the World Health Organisation, an organisation under the heavy influence of the CCP. 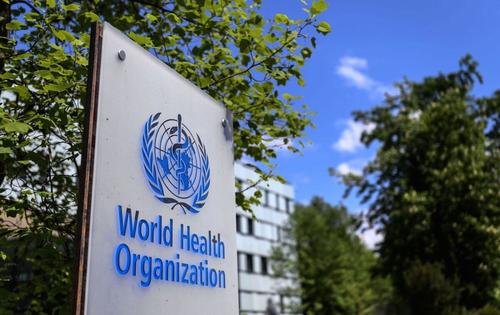 A sign of the World Health Organization in Geneva, Switzerland, on April 24, 2020. (Fabrice Coffrini/AFP via Getty Images)

Australia should have proposed to the former U.S. administration to establish an ad hoc international tribunal to investigate its origins, assess liability and, if appropriate, damages.

Were damages awarded and not paid, legislation could authorise their recoupment from assets in Australia under the ultimate control of the guilty state—the Port of Darwin comes to mind.

As Australia came under increasing and unlawful economic punishment from Beijing in response to its calls for an investigation, there is little more the CCP could do if we were to seize such assets to satisfy a lawful international judgement. At least a range of premium and strategic assets could be recovered.

The point is that not only can we not rely on the information or the truth from this regime, but it also controls a territory where there is no rule of law, no human rights, and no protection of workers’ rights.

This did not come with Xi; it has prevailed since 1949.

With the fall of the Berlin Wall and the collapse of European communist dictatorships, the CCP’s abiding object has been to avoid a similar fate.

Then-paramount leader Deng Xiaoping drew on former Soviet leader Vladimir Lenin’s New Economic Policy (NEP) which had saved the Soviet Union from early collapse in 1922. He followed Lenin and moved the CCP towards a “socialist market economy” under “communism with Chinese characteristics.”

Lenin never intended the NEP to be permanent. Words attributed to him illustrate the communist’s real intentions: “The capitalists will sell us the rope with which to hang them.” Which they did, with Stalin reversing direction, socialising the economy, forcing collectivisation on the class enemy, including being forced to farm Kulaks, and brutally using famine to destroy them.

Deng Xiaoping had more to offer the West than Lenin. It was something that dazzled Western elites, a market with a fifth of the world’s population. 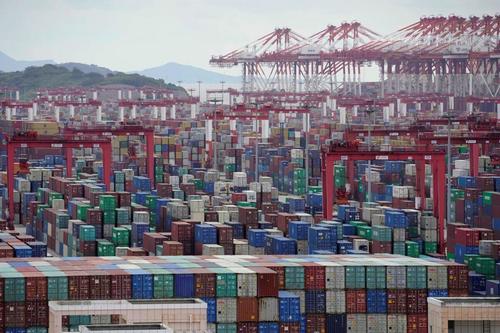 Containers are seen at the Yangshan Deep-Water Port in Shanghai, China, on Oct. 19, 2020. (Aly Song/Reuters)

Bill Clinton gambled on welcoming the People’s Republic of China into the World Trade Organisation in 2000. Instead, he allowed access without the most elementary safeguard to ensure they could not do what communists do: ignore the rules, steal, or forcibly extract something far greater—than even the US$85 billion of modern weaponry recently gifted to the Taliban—America’s vast portfolio of intellectual property.

From Europe to Australia, Western leaders and big businesses have blindly followed suit.

As a result, these elites saved a tyrannical regime from the fate Ronald Reagan and Margaret Thatcher delivered to the Soviet Union.

They betrayed American, Australian, and Western workers by closing and transferring their industries to China.

They betrayed Chinese workers by indecently profiting from the suppression of their fundamental rights.

Yet, these same elites were too often taken for a ride by the communists who cheated them at every turn and allowed their nations to become dependent on the CCP.

Only under the former U.S. administration was this trend briefly reversed.

Now, from America to Europe and Australia, that same Communist China Lobby, who want Western industry back in China, are trying desperately to restore this dependency. They have a uniform justification for this. The problem, they say, is temporary. The problem will pass when paramount leader Xi passes.

But that is not so.

The problem is not whoever is the paramount leader. The problem is, as it has always been, that evil “plague bacillus,” which is communism.