Authored by Melanie Sun via The Epoch Times,

At least three people have been declared dead and multiple injured after an Amtrak train derailed on Saturday afternoon in North-Central Montana, an official at a local sheriff’s office said. 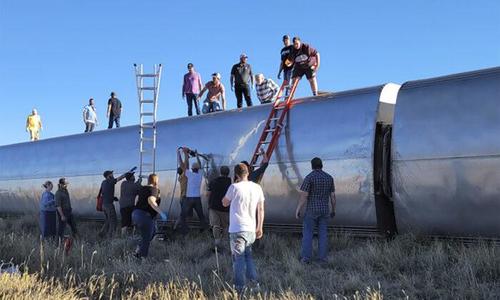 The Empire Builder train, which departed from Chicago for Seattle, derailed around 3:55 p.m. local time near the small town of Joplin, Amtrak spokesman Jason Abrams said in a statement. Abrams said that multiple people were injured.

The train was traveling on a BNSF Railroad main track at the time, just 30 miles from the Canadian border.

About 146 passengers and 16 crew members were on board, Abrams said.

Seven of the train’s ten cars were reported to have derailed. 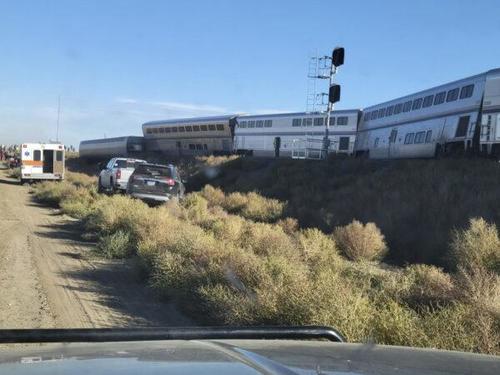 An ambulance is parked at the scene of an Amtrak train derailment in north-central Montana on Sept. 25, 2021. (Kimberly Fossen via AP)

One train passenger told The New York Times that three of the cars at the end of the train “had completely fallen off the tracks and were detached from the train.”

She said the fatal incident felt like “extreme turbulence on a plane.”

Images posted to social media showed sunny skies, and it appeared the accident occurred along a straight section of tracks. Some showed several cars on their sides. Passengers were standing alongside the tracks, some carrying luggage. 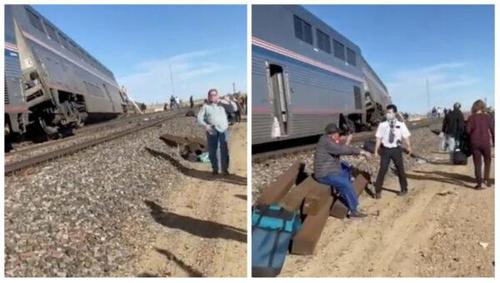 People wait at the side of train tracks at the scene of a train derailment near Havre, Montana, on Sept. 25, 2021. (Courtesy of Jacob Cordeiro/Social Media via Reuters)

Evacuated passengers were transported to two sites, including the Liberty County Senior Center. “Individuals with questions about their friends and family aboard this train should call 800-523-9101,” Amtrak said in a statement.

The cause of the incident was not immediately clear. 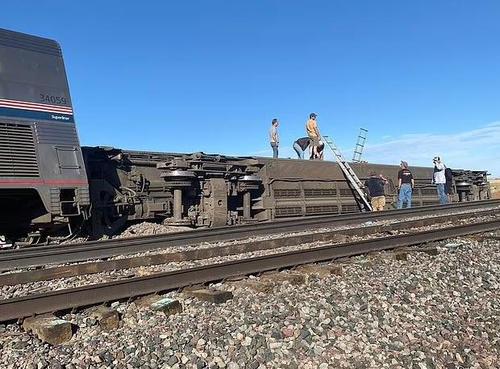 The National Transportation Safety Board will send a 14-member team, including investigators and specialists in railroad signals and other disciplines, to investigate the crash, spokesman Eric Weiss said.