As Advisory Panel Warned, CDC Director’s Anti-Science Decision Makes Boosters ‘Available To Anyone Who Wants One’

As Advisory Panel Warned, CDC Director’s Anti-Science Decision Makes Boosters ‘Available To Anyone Who Wants One’

Now that CDC chief Dr. Rochelle Walensky – possibly working on behalf of her political puppet masters – has overridden her agency’s advisory panel to expand the eligibility for Pfizer booster jabs to high-risk workers (a group that ACIP, the advisory panel, had decided to exclude given a paucity of efficacy and safety data), many employers are confused about whether the new guidance applies to them – and whether they might be left in a difficult situation with employees who didn’t get the first two vaccines.

At the end of the day, the big worry is that hundreds of thousands of shots allocated for workers might simply go unused, left to expire while dozens of poorer countries would be overjoyed to have them. 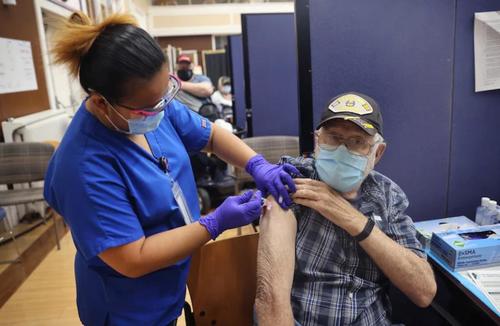 According to the Hill, chaotic and at times contradictory messaging from federal health officials has culminated in a confusing set of recommendations about who should, and shouldn’t receive booster jabs, and why?

Panel members initially said they had excluded approving jabs on an employment basis because there wasn’t enough evidence those people were losing protection. That decision was clearly a disappointment to the Biden Administration, which is possibly why Dr. Walensky interceded.

The depth of Dr. Walsensky’s contradiction of the science can be found in the exact wording of her decree: Starting immediately, anyone between the ages of 18 and 64 who is at increased risk of COVID-19 “exposure and transmission because of occupational or institutional setting” can get a third dose.

Legal experts told the Hill that those words are so vague, practically anyone could qualify. Already, many local level officials appear to be leaning toward simply giving boosters to anyone who asks.

“There’s going to be confusion. If we are going to create guidelines that are essentially making the vaccine available to almost everyone, the simplest solution is, make it available to everyone,” said Celine Gounder, an infectious disease specialist and epidemiologist at NYU and Bellevue Hospital. “The best public health programs are the ones that are simple and easy to understand and clear, and the more complexity you build into it, the more difficult it is to roll out.”

That statement above about not creating obstacles to the third shot – that’s coming from a scientist who doubted whether they were even necessary.

Gounder, who advised the Biden transition team on COVID-19, has been critical of the administration’s fervent push for boosters, and said the evidence for a third dose based on occupation was mixed at best.

“You have to step back and ask the question, why is it that we’re vaccinating people in high risk settings? Is it because they as individuals are at high risk, or is it because it would be disruptive to the workplace,” Gounder said.

As far as the dramatic conclusion to what was supposed to be a ‘staid’ scientific process – the CDC director overruling her advisory panel on the issue of occupancy-based eligibility in a late night statement – that should be enough to alert Americans that something strange is happening. Despite the panel’s claims, Dr. Walensky took to the White House press briefing on Friday to claim that she did not “overrule” the advisory committee and that she had listened to both sides on the issue of whether to approve boosters by occupational risk.

Amusingly, the assiduously pro-Democratic the Washington Post was willing to dismiss this usurpation of “the science” as simply another communications breakdown from the doddering Dems.

“Everyone is kind of confused,” he said. The current discontent has deep roots. In April, Pfizer chief executive Albert Bourla said a third coronavirus dose was “likely” to be needed. In late July, Pfizer-BioNTech announced that their vaccine’s efficacy waned over time. Data from Israel confirmed a drop. Then, last month, as the delta variant of the coronavirus surged and the World Health Organization decried the distribution of third shots in wealthy countries while poor countries were lacking first doses, President Biden announced that most Americans could begin getting boosters of the Pfizer and Moderna vaccines Sept. 20 — subject to the government’s regulatory processes, which unfolded in recent days and focused only on Pfizer. Regulators already allowed third shots for the immunocompromised who have received Pfizer or Moderna shots but have not yet made recommendations for all recipients of the Moderna and Johnson & Johnson vaccines.

The deluge of phone calls about booster shots to Primary Health clinics in Southwestern Idaho began weeks ago. On Friday morning, the group’s Garden City clinic, where Maddie Morris fields inquiries, saw an increase in calls, mostly from senior citizens.

“The calls seem pretty nonstop,” the customer service representative said. “It seems like a lot of people are anxious to get a booster.”

Doctors say confusion clouds patients’ willingness to receive boosters. In Idaho, the problem coincides with the primary health-care system’s struggle to meet the demands of the latest covid-19 crush, which earlier this month plunged the state into crisis standards of care — essentially the rationing of health care as demand overwhelms resources.

Unfortunately for them, it looks like the whole thing is back-firing…

Maybe they’ll think twice next time around (though we doubt it, since ‘next time’ is literally happening in the coming weeks when they do this all again with Moderna).