The number of in-air incidents that have taken place in 2021 seems to be continuing to rise.

But, unlike many other disturbances that have been happening on flights, the most recent one didn’t have anything to do with a mask mandate.

Instead, a recent JetBlue flight from Boston to San Juan had to be diverted on Wednesday of last week after a passenger “became angry” about being unable to make a cell phone call toward the end of a flight, according to The Daily Beast.

The report, which cited an FBI affidavit, said that a passenger named Khalil El Dahr had to be restrained to a chair with “multiple seatbelt extenders” after an “insane” altercation during a flight. 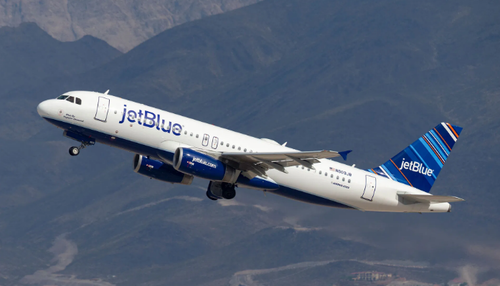 El Dahr reportedly pulled himself out of his seat and “rushed toward the cockpit” with about 45 minutes left in his flight. He yelled in both Spanish and Arabic that “someone should shoot and kill him”, the Daily Beast reported.

From there, he punched and kicked a flight attendant that attempted to stop him, strangling the attendant with his own zip tie.

“Six or seven” crew members then attempted to restrain the man, according to the affidavit.

El Dahr broke out of the restraints again and was eventually subdued with “at least four seatbelt extenders”.

The plane was met by law enforcement when it landed in San Juan.