The latest viral outrage over photographs of Border Patrol agents ‘whipping’ (now-moved) Haitian migrants with horse reins has just been debunked by the man who took the photo. 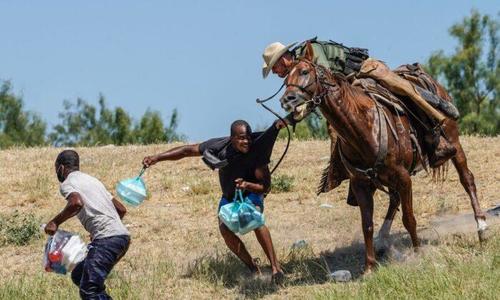 The photographs, taken Sunday, appear to show agents on horses using horse reins to ‘corral’ Haitian migrants – sparking frenzied outrage from the left, including President Biden promising that the agents involved ‘will pay,’ and Vice President Kamala Harris calling for “consequences and accountability” in a Friday appearance on the Covid-stricken The View.

Except, the entire thing is bullshit according to Las Cruces-based photographer Paul Ratje – who told KTSM it never happened.

“Some of the Haitian men started running, trying to go around the horses,” he said, adding “I’ve never seen them whip anyone.”

“He was swinging it, but it can be misconstrued when you’re looking at the picture.”

The photos went viral on Monday, after a senior adviser to Rep. Julian Castro tweeted: “Border patrol is mounted on horseback rounding up Haitian refugees with whips,” adding “This is unfathomable cruelty towards people fleeing disaster and political ruin. The administration must stop this.”

Border patrol is mounted on horseback rounding up Haitian refugees with whips.

This is unfathomable cruelty towards people fleeing disaster and political ruin. The administration must stop this. pic.twitter.com/BSjT91NSj0

Footage of the incident, however, reveals this latest outrage is yet another exercise in virtue signaling from the left over yet another viral incident which was misconstrued in a knee-jerk reaction. 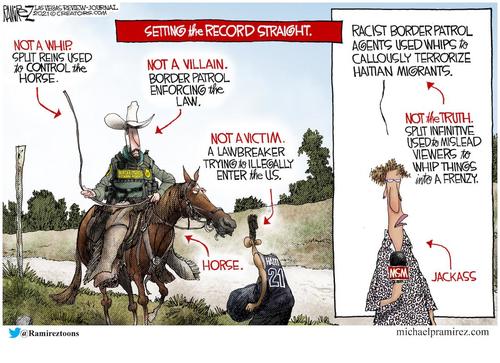 Hackett is now squirming on Twitter, claiming “This isn’t about whips vs. reins.” 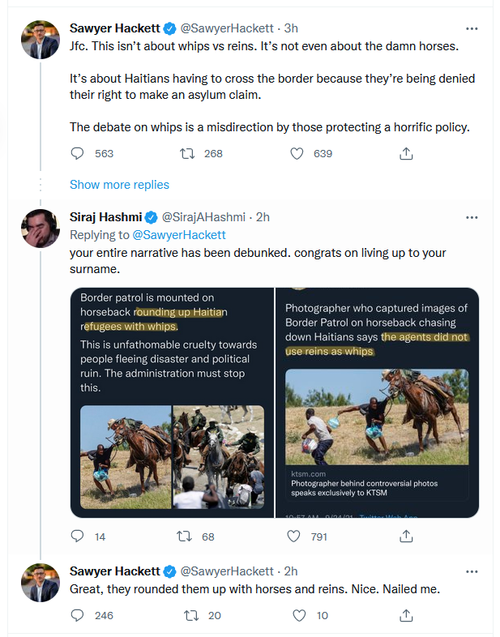 The media surely won’t get in the way of a good news cycle though, right? 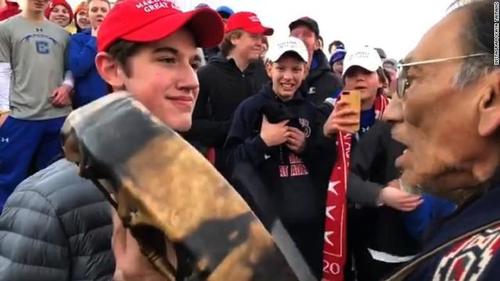