At this point in the pandemic, most readers have probably heard that COVID will likely remain endemic in the human population, like the cold or the flu.

And as we prepare for the second flu season (in the northern hemisphere, at least), more scientists (and, increasingly, politicians) are realizing that they’re going to need to embrace a change in messaging – messaging that, at one time, might have left them vulnerable to accusations of being an “anti-vaxxer”.

We’re of course referring to the notion that COVID will stick around and become a regular illness, like the flu or the common cold. 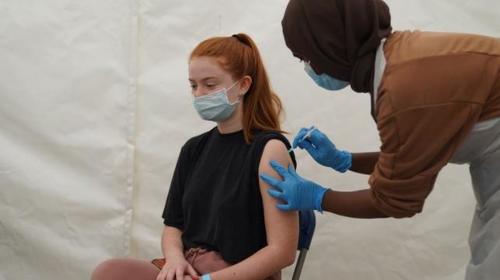 Australia has finally acknowledged that its government’s commitment to “ZeroCOVID” simply didn’t make sense, and abandoned it. In the US, the vast majority of people who haven’t been vaccinated probably wouldn’t get the jab if you offered to pay them (which, incidentally, New York City and several other states and cities have tried to do).

Fortunately, as humanity’s resistance to the virus grows, the danger that COVID poses should continue to wane. A pair of scientists discussed this phenomenon in a recent story with Sky News. Both suggested that, by Springtime, COVID could be like a “cold or mild flu” for most people.

hared a slightly more optimistic take, claiming COVID will become like the common cold by next Spring.

Professor Sir John Bell, religious professor of medicine at Oxford University, said the virus could resemble the common cold by spring next year as people’s immunity to the virus is boosted by both vaccines AND natural exposure.

He added the country “is over the worst” and things “should be fine” once winter has passed, adding that there was continued exposure to the virus even in people who are vaccinated.

Bell’s comments followed a similar remark from Professor Dame Sarah Gilbert, one of the UK’s most high-profile figures who helped develop the Astra-Zeneca jab. Gilbert said a few days ago that there’s evidence that the population is developing greater immunity levels as time goes on and more are infected and vaccinated. She also played down fears about another new hyper-virulent variant.

Asked about Gilbert’s comment, John said: “If you look at the trajectory we’re on, we’re a lot better off than we were six months ago.”

At the very least, the pressure on the yuan will abate.

“So the pressure on the NHS is largely abated. If you look at the deaths from COVID, they tend to be very elderly people, and it’s not entirely clear it was COVID that caused all those deaths.

“So I think we’re over the worst of it now and I think what will happen is, there will be quite a lot of background exposure to Delta,” he added, saying the case numbers are quite high but those who have had two vaccines and are infected will still lead to stronger herd immunity”.

Speaking at a Royal Society of Medicine webinar on Wednesday, Dame Gilbert said the most sensible scenario for COVID is that it will mutate to become less deadly for humans, making it more like the flu or cold, possibly by next year.

“We normally see that viruses become less virulent as they circulate more easily and there is no reason to think we will have a more virulent version of Sars-CoV-2,” Dame Sarah said.

“It’s just a question of how long it’s going to take to get there and what measures we’re going to have to take to manage it in the meantime.”

In both cases, their remarks were a reactions a statement from England’s chief medical officer Professor Chris Whitty, who said this week that all children who had not been vaccinated would likely end up getting COVID. Most available data would suggest this is unlikely.