In line with the recommendations made by the scientist-based CDC advisory panel (ACIP) earlier on Thursday, the CDC endorsed COVID vaccine booster shots for Americans 65 and older, residents of nursing homes, and adults aged 18 to 64 with underlying health conditions.

But that didn’t go far enough apparently for the far more politically-controlled CDC itself as late last night CDC director Rochelle Walensky went beyond ACIP’s recommendation by urging boosters for individuals allegedly at high risk because of their jobs – which was left entirely undefined (we look forward to the union in-fighting over which jobs are ‘at-risk’).

Notably, the CDC advisory panel, made up of independent medical experts, broke with the FDA on that recommendation in a split decision on Thursday.

The panel specifically said it was concerned the move could send mixed messages about the vaccines, which are incredibly effective at preventing severe illness. 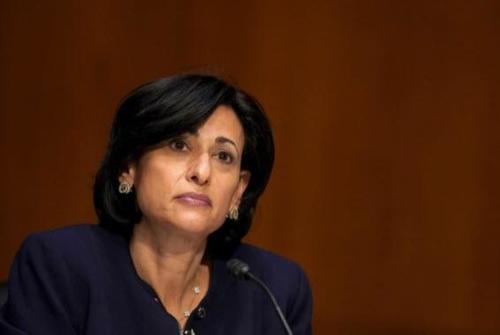 But, hours after the panel voted 9-6 not to recommend boosters for those groups, Walensky overruled them.

“As CDC Director, it is my job to recognize where our actions can have the greatest impact,” Walensky said in a statement late Thursday, according to The Associated Press.

“At CDC, we are tasked with analyzing complex, often imperfect data to make concrete recommendations that optimize health.“

Walensky noted her recommendation aligned with the Food and Drug Administration, which recommended on Wednesday that adults “in an occupational or institutional setting” that increases their risk of getting COVID-19 also be eligible for the shot.

“In a pandemic, even with uncertainty, we must take actions that we anticipate will do the greatest good,” she said in a statement.

“I believe we can best serve the nation’s public health needs by providing booster doses for the elderly, those in long-term care facilities, people with underlying medical conditions, and for adults at high risk of disease from occupational and institutional exposures to COVID-19,” she added.

“We might as well give it to everybody 18 and older. We have a really effective vaccine. And [the fourth recommendation is] like saying it’s not working. And it is working,” said Dr. Pablo Sanchez, professor of pediatrics at The Ohio State University/Nationwide Children’s Hospital, expressing dissent during the meeting.

“I really think this is a solution looking for a problem,” Dr. Jason Goldman, an assistant professor in Florida who was representing the American College of Physicians as a liaison to the panel, added later.

He said the recommendation was “far afield from the data.”

Of course, given the undefined nature of ‘high risk’ employment, this action by Walensky opens the door – just as ACIP warned – for everyone to argue they deserve a 3rd (4th or 5th…) booster shot and further kicks the door open to enabling the ‘annual COVID shot’ that big phrama CEOS (most recently Moderna’s CEO) have suggested.

As a reminder, these decisions come shortly after two top FDA scientists submitted their resignations in protest of the pre-emptive announcement by federal health officials.

Those officials, Marion Gruber and Phil Krause, later wrote an article in a medical journal asserting that there’s no evidence the general population should get boosters, and the FDA separately signaled boosters may not be needed.

So, did ‘politics’ just over-rule ‘science’?