Authored by Charlotte Cuthbertson and Zachary Stieber via The Epoch Times,

The flood of illegal immigrants that has crossed over the Rio Grande River since mid-September is straining the hospital and other resources in this small Texas border city.

Del Rio has a population of about 35,000. Some 16,000 illegal aliens have entered the city in the past week or so, according to Texas officials. 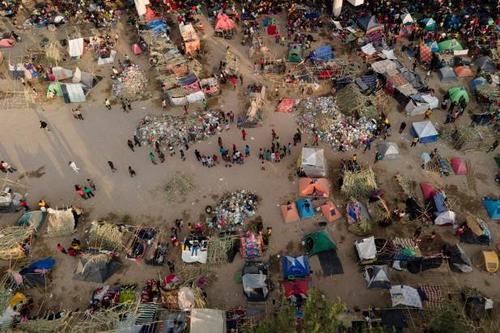 The hospital is concerned about the situation, Del Rio Mayor Bruno Lozano, a Democrat, told The Epoch Times.

“What’s happening is that last week, for example, we had a pregnant woman deliver a baby and she turned out to be positive [for COVID-19], and so was her infant newborn. And so that takes hospital space that’s very valuable and limited in our community offline, and that raises another set of issues locally,” he said. 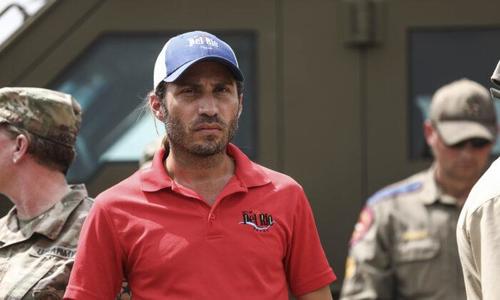 Mayor of Del Rio Bruno Lozano attends a press conference hosted by Texas Gov. Greg Abbott regarding the thousands of illegal immigrants, mostly Haitians, living in a primitive, makeshift camp under the international bridge that spans the Rio Grande between the U.S. and Mexico while waiting to be detained and processed by Border Patrol, in Del Rio, Texas, on Sept. 21, 2021. (Charlotte Cuthbertson/The Epoch Times)

Val Verde County Judge Lewis Owens raised similar concerns over the weekend. “I can tell you our hospital’s stretched; they can’t catch a break,” he said in a video message to county residents.”

Del Rio has one hospital, one emergency center, one medical center, and a clinic.

Workers at the hospital were already overwhelmed before the swell of families, single adults, and unaccompanied minors, primarily from Haiti, crossed the river this month.

The illegal immigrants are struggling to get enough food, water, and medical supplies because the local government is not equipped to provide it in such large amounts, Texas Gov. Greg Abbott, a Republican, told President Joe Biden on Monday in a letter asking for an emergency declaration. The surge is overwhelming law enforcement and humanitarian resources, according to the governor. 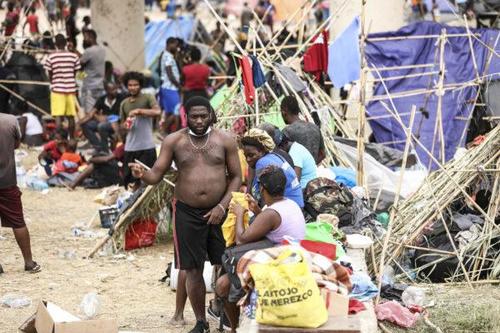 Thousands of illegal immigrants, mostly Haitians, live in a primitive, makeshift camp under the international bridge that spans the Rio Grande between the U.S. and Mexico while waiting to be detained and processed by Border Patrol, in Del Rio, Texas, on Sept. 21, 2021. (Charlotte Cuthbertson/The Epoch Times)

“There are not enough medical facilities or resources to care for so many that need medication, are ill, suffer from heat exhaustion, or give birth to children. To compound the matter, public health issues relating to the current COVID-19 pandemic create additional dangers to residents and the migrants themselves, and the state of Texas has been provided no clear information about whether these individuals have received a COVID-19 vaccination or have been tested for the virus, or if they be exposing Texans and Americans to COVID,” he added.

COVID-19 is the disease caused by the CCP (Chinese Communist Party) virus. Federal officials have said they do not test illegal immigrants for the disease, instead relying on local partners. The White House signaled last week that many of the immigrants in Del Rio are not being tested.

Lozano said that medical issues include children having diarrhea and women going into labor. 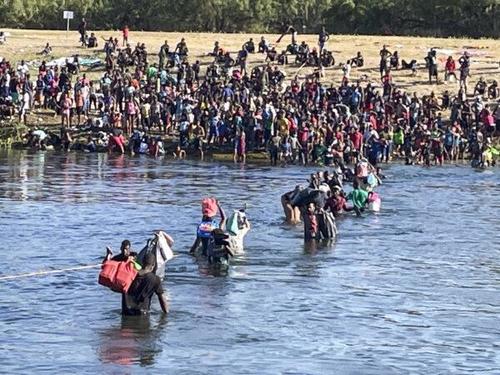 Illegal immigrants cross the Rio Grande between Del Rio (far side) and Acuna, Mexico. Some are crossing back to Mexico to avoid deportation from the United States, in Acuna, Mexico, Sept. 20, 2021. (Charlotte Cuthbertson/The Epoch Times)

The federal government has deployed hundreds of agents and officers and other resources to the area. The Department of Homeland Security has sent Border Patrol emergency medical technicians to the area and is providing water, towels, and portable toilets. That’s helped alleviate some of the pressure on the local community, according to the mayor.

“It’s going to be continuously assessed, and I hope that we can get that medical component down here in real-time,” he said.

The mayor said that even when the crush of immigrants is cleared—some are being deported while others are being released into the United States—that resources should remain in place because another wave may come. 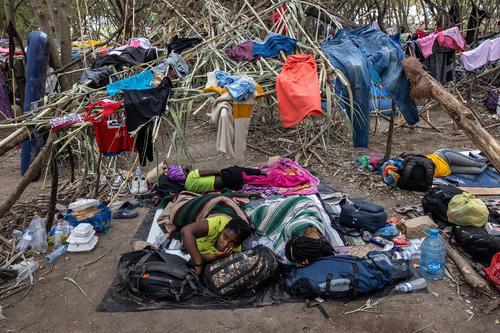 He told Homeland Security Secretary Alejandro Mayorkas as much during a conversation this week.

“We’re still going to need these resources in case that happens again,” he said.