Authored by Katabella Roberts via The Epoch Times, 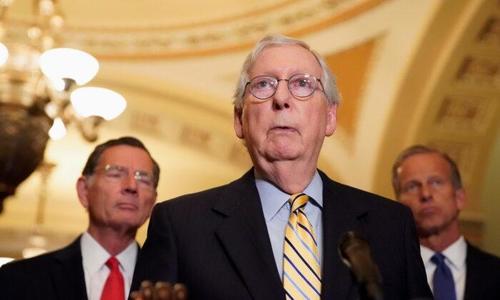 The bill from McConnell and Shelby does not include a debt ceiling suspension, as Republicans have urged Democrats—the majority party—to raise the $28.4 trillion debt ceiling themselves through reconciliation, a special parliamentary procedure that would expedite the passage of a budgetary measure through the Senate.

[ZH: The introduction of the bill likely increases the probability of no Senate deal, and for now, the market is tending to agree as debt ceiling anxiety has not eased at all] 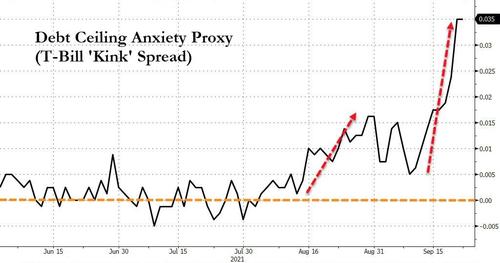 Through reconciliation, Democrats would be able to bypass the need for 60 votes to approve legislation, and instead rely on a simple majority in the Senate. But Democrats have resisted doing that so far, saying the vote to raise the debt limit should be a bipartisan one.

“I am pleased to introduce a package with Leader McConnell that would extend government funding, provide much-needed disaster relief, and deliver targeted Afghan assistance. Republicans and Democrats have undergone bipartisan, bicameral negotiations for weeks to keep the government open and provide emergency aid. This bill reflects those urgent priorities,” Shelby said in a statement. 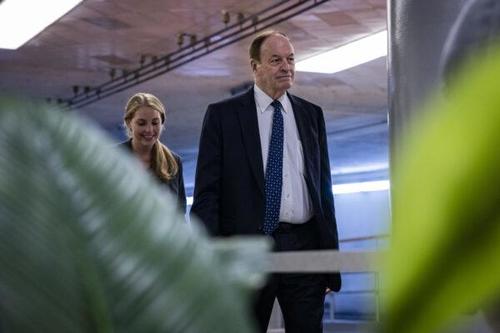 Sen. Richard Shelby (R-Ala.) walks through the basement of the U.S. Capitol Building in Washington, on Aug. 10, 2021. (Samuel Corum/Getty Images)

“Importantly, our legislation includes funding for the Iron Dome, making good on our commitment to a historic and significant ally, and removes the Democrats’ ill-conceived language on the debt limit. Members on both sides of the aisle can support this measure, and I urge them to do so with haste,” he added.

Similar to the Democrats’ bill, the legislation from McConnell and Shelby would also keep the government funded through Dec. 3.

On Tuesday, House Democrats removed $1 billion in funding for the Dome from their bill, amid accusations of human rights abuses within the Israel’s military and its treatment towards Palestinians. 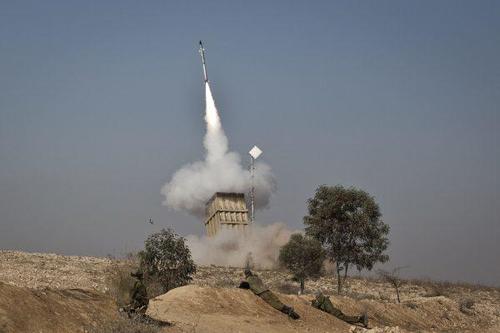 An Israeli soldier lies on the ground as missiles are fired from an Iron Dome anti-missile station near the city of Beer Sheva, Israel on Nov. 15, 2012. (Ilia Yefimovich/Getty Images)

The latest GOP legislation comes after The House of Representatives voted late Tuesday to pass a bill that would avert a government shutdown or U.S. default, fund it through Dec. 3 and suspend the debt limit through Dec. 16, 2022.

The 220–211 vote in the Democrat-majority chamber was on party lines. However, the bill now faces a tough hurdle in the Senate, where Republicans have said they would mount a filibuster.

Speaking to reporters at a press conference on Tuesday, McConnell reiterated that Republicans were willing to support a short-term government funding bill if it included funding support for the Iron Dome, as well as assistance for Louisiana, which has been left debilitated by hurricane Ida in recent weeks.

“We’re prepared to support a continuing resolution with assistance for Louisiana, with additional funds to replenish Iron Dome,” McConnell said, reported The Hill.

“What we’re not prepared to do is to relieve the Democratic president, Democratic House, Democratic Senate from their governing obligation to address the debt ceiling,” he added.

Congress must pass a funding plan by Sept. 30 to avert a government shutdown or U.S. default. The extra time will allow lawmakers to negotiate on the budget for the coming year.

The current debt ceiling has already been breached, with debt at $28.78 trillion. It is being temporarily financed through the Treasury Department’s “extraordinary measures,” which it expects will be exhausted by October.