Following Friday’s decision by the FDA’s vaccine advisory panel to only recommend the use of boosters for patients who are a) immunocompromised, b) overweight or c) both, Bloomberg reports that the FDA has decided to accept the advisory panel’s conclusions, as expected – representing a major victory for “the science” over President Biden’s political priorities. 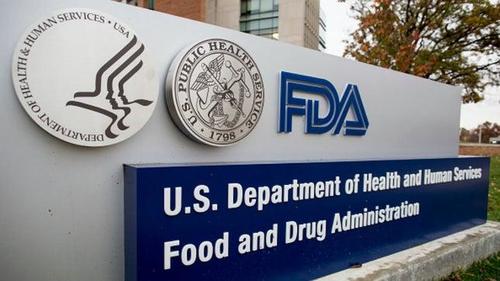 The Vaccines and Related Biological Products Advisory Committee – also known as VRBPAC – is a panel of senior advisors for the FDA, and after a long public meeting on Friday, it voted overwhelmingly against approving a third dose of the Pfizer-BioNTech jab for every patient over the age of 16 (though it did leave a door open to approving booster jabs for all eventually).

Now, the FDA on Wednesday has decided to accept VRBPAC’s recommendations, according to Bloomberg.

FDA TO AUTHORIZE 3RD PFIZER SHOT FOR 65 AND OVER, HIGH-RISK

In keeping with panel reco

NEW: The FDA is set to authorize Pfizer boosters tonight, in line with VRBPAC recommendations, per a source.

Boosters for 65 and up, those at high risk of severe cases, or in workplaces with high exposure risk, per source. Announcement said to be imminent but not confirmed.

The expected emergency clearance for the number of booster jabs will be for people 65 and older, those most susceptible to severe disease and people whose jobs put them at risk, Bloomberg’s source added.

Most importantly, the FDA’s decision will scuttle – well, at least for now – the Biden Administration’s plan to start doling out third “booster” jabs to any American over the age of 16 (in Israel, they have been available to anyone over the ae=ge ofthat the Biden administration would have to forgo, temporarily, a wider rollout of boosters that it had proposed last month. Third doses are already authorized for certain people with compromised immune systems.

While hundreds of thousands of Americans have already received a third dose (the CDC has allowed them for older, sick patients), only 54.8% of America’s adult population has been fully inoculated.

Along with the Biden Administration, which is scrambling to do everything in its power to combat the delta variant (even if some of those moves, like mandatory masking, aren’t as effective as one might expect) Pfizer is also bound to be disappointed by the FDA’s decision.

The FDA’s decision to defy Biden follows by nearly two weeks the president’s own decision to abandon his promise not to mandate vaccines, when Biden ordered all federal employees, as well as employees for government contractors and other private small and medium size businesses, to get vaccinated. Polls have shown nearly half of Americans disapprove of the rule.

This isn’t the final word on whether the entire population will eventually be required – or aggressively “incentivized” – to get a third dose of one of the mRNA vaccines. The FDA has room to change its recommendations or decisions as more scientific data and research comes in.

Looking ahead, the CDC’s Advisory Committee on Immunization Practices is expected to meet Thursday to make its own recommendations about who should receive the additional dose.