Four weeks after Chinese regulators first denounced video games as “spiritual opium” and identified “video game addiction” as a widespread phenomenon distracting young people from their responsibilities, authorities on Monday announced they would restrict the hours during which Chinese minors are allowed to play. From here on out, gaming during the week will be banned. On Friday evenings, as well as during holidays and Saturdays and Sundays, gamers will only be allowed to play during a single hour between 2000 to 2100 local time. 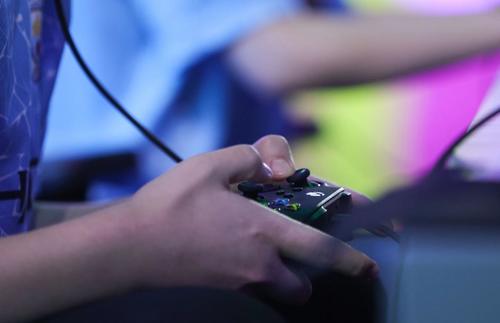 The new restrictions on video games are merely the latest installment in China’s efforts to curb the power of Big Tech. The crackdowns have already wiped more than one-trillion dollars off of the combined market cap of Chinese firms trading in China, the US and Hong Kong.

Other Chinese large-cap companies like Alibaba were higher on the day.

“Tencent, NetEase and other online games companies in China may experience merely a modest hit to financial performance from the tightening of time restrictions on minors time spent playing games to three hours per week,” said Bloomberg Intelligence analysts Matthew Kanterman and Tiffany Tam in a note to clients. Education stocks are also climbing Monday after Morgan Stanley said it sees opportunities in the sector with New Oriental Education up 10%, Tal Education up 8.5% and Gaotu Techedu, up more than 4%.

What’s more alarming than the restrictions themselves is how Beijing intends to enforce them, with facial recognition technology and requirements for gamers to use verified accounts.

The authorities in #China have today announced that for, anyone under 18 years old, they’re to be limited to playing online games to only 3 hours a week! Plus only these 3 hours: 8 til 9 pm on Friday, Saturday and Sunday. There will be Chinese teenagers flipping out right now!

This, apparently, will be enforced in #China by making gamers use real name registration and require face scans.

It’s been announced that there will be inspections of game companies in conjunction with #China‘s new 3 hours per week limit on gaming for those under 18. There had previously been limits but now there are only three specific hours per week in which youths can play games.

So, from now on, if you want to know precisely what every 15 year old in #China is doing at 8pm on Friday night. Now you do.

The National Press and Publication Administration made the announcement said to be in response to concern re gaming addiction in #China. Regulators said gaming companies must ensure they’re using real name verification to stop those under 18 gaming outside those specific 3 hours.

At least one parent of a teenager working in our office actually cheered out aloud at this news when we heard it. You still can’t wipe the smile off her face. 😉

It is unclear how foreign gaming companies might be regulated to make them also follow these rules when Chinese kids and teenagers play their games or even if there will be an attempt to make them? Either way, just three specific gaming hours in #China per week! Wow!

I wonder if other counties might consider restrictions following #China’s new 3 hour gaming limit for kids and teens? BTW VPNs won’t necessarily come to the rescue of kids here unless they want to play foreign games (which they might do now)? Could hurt China’s gaming companies.

Another work around might be to get an adult to log you in? To tell the truth though I think that most parents in #China wouldn’t do this.

Chinese President Xi Jinping has also publicly spoken out about the perils of youth gaming addiction, remarks that have put more pressure on officials to act.

After the new regulations were published on Monday following the close of trading in Shanghai, Tencent said it had introduced a variety of new functions to better protect minors. It vowed to continue to do so as it “strictly abides by and actively implements the latest requirements from Chinese authorities.”

Tencent backs some of the biggest video game producers in the industry, and has invested in “Fortnite” maker Epic Games and “World of Warcraft” creator Activision Blizzard.

In 2018, China stopped issuing video game licenses for almost nine months amid similar concerns, costing Tencent more than $1 billion in lost sales, according to analyst estimates, and leading to a prolonged slump in its share prices. In 2019, Beijing banned users younger than 18 from playing videogames between the hours of  2200 and 0800, while also restricting them from playing more than 90 minutes of video games on weekdays.

Tencent President Martin Lau warned during an earnings call earlier this month that regulators were focused on limiting the amount of time and money that minors devote to online gaming.

These remarks also show the video-game crackdown isn’t unexpected. Beijing has sought to curb video gaming among teenagers since 2017.