Over the years, we’ve noted that some reckless drone operators have collided with aircraft or had near misses. But the latest incident involves a police-operated drone that crashed into a small plane.

According to the local newspaper CityNews Toronto, a Cessna 172 operated by Canadians were on their final approach for Toronto Buttonville Municipal Airport in Ontario when a York Regional Police DJI Matrice 210 drone collided with the small aircraft.

CityNews’ Ken Townsend tweeted images of the Cessna’s damage that appears significant. He said, “I spoke with the owner of this small plane, he says if York Region Police drone had collided with his aircraft’s windscreen instead of cowling, it could have resulted in loss of life. Says he is frustrated at lack of safety and following laws.” 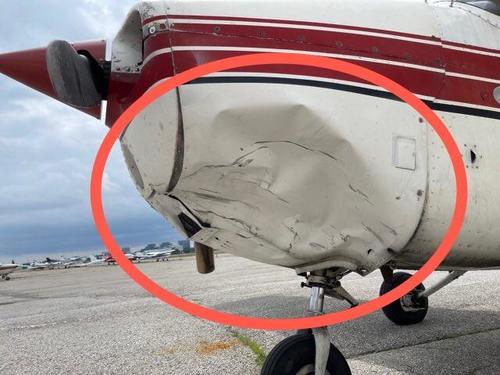 The Transportation Safety Board is investigating the incident and attempting to understand why a police drone was flying in unauthorized controlled airspace. 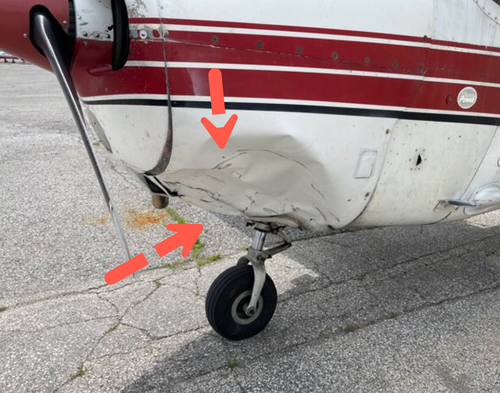 Damage to the Cessna goes far beyond the engine bonnet. The aircraft suffered a propeller strike in the collision and a badly damaged airbox. The costly part will be when the engine is torn down to see if there is internal damage and or if the airframe is cracked.

Hitting a drone at over 100 mph can be extremely dangerous.

The University of Dayton Research Institute ran simulation tests of a commercial aircraft flying at 238 mph. They found the impact from a drone could be devastating for the aircraft.

Dario Matrundola, the owner of the plane and a flight school called Canadian Flyers, said if the drone struck the windshield, both pilot and passenger would’ve been killed.

“It would have been a tragedy, it would’ve been loss of life or injuries for sure. The pilots are very lucky they were able to land the plane and avoid injuries,” said Matrundola.