John Paulson infamously made his bones betting again the US housing market over a decade ago, when everyone else was waving it in with both hands and feet. 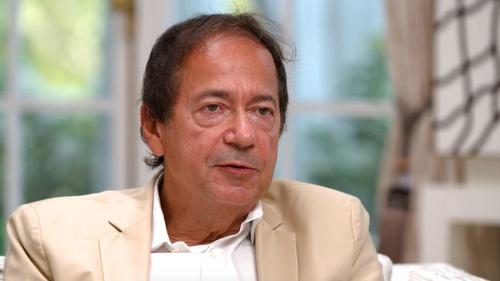 Since then, according to his recent interview with Bloomberg’s David Rubinstein, the billionaire has returned all outside capital:

“…now I don’t have to write investor reports or travel to meet with investors or worry about balancing funds or other people’s tax issues and things like that. So that’s allowed me just to concentrate on investing, which I like doing.”

But although his track record has been mixed since the ‘big short’, and he has not found the next “big trade”, Paulson is again seeing the warning signs of excess speculation, warning about SPACs and seeing the most mispriced assets in credit once again.

During the early 2010s, Paulson became better known as a gold bug, and remains convinced of its potential:

Yeah, we do. We believe that gold does very well in times of inflation. The last time gold went parabolic was in the 1970s, when we had two years of double-digit inflation.

The reason why gold goes parabolic is that basically there’s a very limited amount of investable gold. It’s on the order of several trillion dollars, while the total amount of financial assets is closer to $200 trillion. So as inflation picks up, people try and get out of fixed income. They try and get out of cash. And the logical place to go is gold. But because the amount of money trying to move out of cash and fixed income dwarfs the amount of investable gold, the supply and demand imbalance causes gold to rise.

So you’re a big believer in gold as a good investment now?

Yes. We thought in 2009 with the Fed doing quantitative easing, which is essentially printing money, it would lead to inflation. But what happened was while the Fed printed money, at the same time they raised the capital and reserve requirements in banks.

But, Paulson is not a fan of cryptos…

No, I’m not. And I would say that cryptocurrencies are a bubble. I would describe them as a limited supply of nothing. So to the extent there’s more demand than the limited supply, the price would go up. But to the extent the demand falls, then the price would go down. There’s no intrinsic value to any of the cryptocurrencies except that there’s a limited amount.

Cryptocurrencies, regardless of where they’re trading today, will eventually prove to be worthless. Once the exuberance wears off, or liquidity dries up, they will go to zero. I wouldn’t recommend anyone invest in cryptocurrencies.

But won’t short it…

The reason we shorted subprime in size was because it was asymmetrical — shorting a bond at par that has a limited duration that trades at a 1% spread of Treasuries. So you can’t lose more than the spread in the duration. In crypto, there’s unlimited downside. So even though I could be right over the long term, in the short term, I’d be wiped out. In the case of Bitcoin, it went from $5,000 to $45,000. It’s just too volatile to short.

Paulson’s best advice right now, simple, and too boring for many… pay your house off! “So I think the single best investment for anyone with that type of money would be to buy their own house or apartment.”