“Interest Is Significant”: Cash Is Pouring Into Crypto Altcoins At Record Rates

“Interest Is Significant”: Cash Is Pouring Into Crypto Altcoins At Record Rates

It is the lesser known altcoins stealing the show from Bitcoin and Ethereum of late in the crypto world, according to a new report by Bloomberg.

Altcoins like Cardano, Binance Coin and Avalanche have doubled (or, in the case of Avalanche, tripled) over the course of the last month. The altcoin frenzy is taking place at the same time there has been a deluge of interest (and cash) into non-fungible tokens. 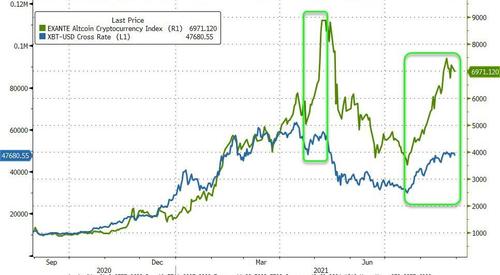 And there’s “little consensus” as to what is causing the frenzy, the report says. Some believe people are moving from the “old school” cryptos to newer ones and “cashing in” after big runs. Others believe that the macro environment is simply encouraging speculation in risky assets.

Yoni Assia, founder and chief executive of online exchange eToro, told Bloomberg: “There’s no doubt that there’s a lot of excitement in crypto. You can definitely see it within the numbers in the industry, whether it’s looking at total volumes or looking at growth of companies.”

Assia has been referring to the hype as a “generational buying moment” and citing monetary policy and “massive fiscal stimulus” as reasons for the sudden interest.

About 15% of U.S. citizens who received their first two stimulus checks invested “all or part of the money”, Bloomberg notes. About half of that group invested specifically in cryptos, the report said.

The global rise in inflation has also “played into the warnings” that the crypto community has offered about Central Banking, further fueling the flames of interest into altcoins. 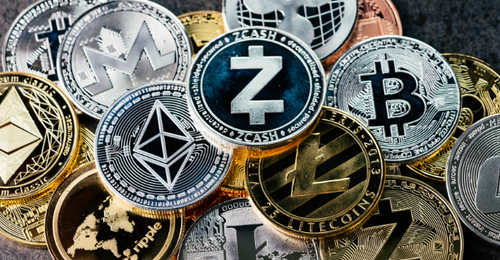 eToro says that about 25% of 6,000 retail investors it surveyed own crypto. Of that group, about 50% of younger investors own crypto and the “average” investor was planning on increasing their crypto allocation in coming months. It also found altcoin interest was “significant”.

Crypto trading apps like Coinbase have seen growing interest in downloads, as well. Coinbase averaged 23rd in its category for downloads last August, but now ranks 11th, according to App Annie.

“With all of this money floating around, we should not be surprised that there are people paying exorbitant amounts of money for digital pet rocks and an endless amount of other digital assets that can be easily created.”

“The space is dominated by younger generations, he said, and all they know is a Federal Reserve that’s been almost-perpetually accommodative.”

Digital asset investment products, as a group, have seen AUM grow more than 57% to $55 billion since July. Trading volumes are up more than 46% to $544 million over the same time.

Sam Bankman-Fried, CEO of FTX, concluded: “There’s generally been pretty positive crypto sentiment recently: NFTs have helped lead the revival, and the crash from May is further in the rearview mirror.”