Now that the summer vacation season is almost over, meaning the influx of American tourists into Europe is set to slow to a trickle, health authorities in Brussels have recommended halting all nonessential travel into the EU from the US, due to the delta-driven surge in COVID cases. 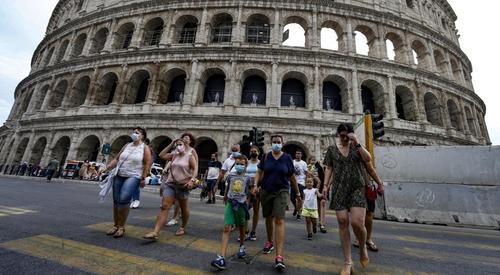 After deciding back in June to add the US to the “safe” travel list – the lists are reviewed every two weeks – Brussels has decided to remove the US from the safe list, a decision that isn’t binding, but has generally been followed by most, if not all, EU member states.

Announcing the decision, the EU stressed the decision won’t remove “the possibility for member states to lift the temporary restriction on nonessential travel…for fully vaccinated travelers”. But allowances for which vaccines to accept in their vaccine passports, and which quarantine restrictions to impose on those who aren’t vaccinated, are generally left up to member states to decide individually.

The decision will mostly impact Europe’s tourist-heavy southern economies, like Greece, Spain and Italy. Greece especially relies on tourism to buoy its still-fragile economy. The decision to add the US to the safe list back in June was a welcome relief for the tourism industries of Greece and its neighbors.

Per WSJ, visitors from the US are the second biggest group of international visitors to the bloc after British tourists. In 2019, American travelers accounted for more than 27MM arrivals at EU tourist destinations according to data from EuroStat.

One reason EU authorities are now moving to restrict travel by Americans: when the US was moved to the safe list, European officials said President Biden’s team told them they would make lifting a ban on European visitors a priority. But months later, nothing has changed.

With that in mind, it’s important to consider the political dimensions of the EU’s decision. From what we can tell, it looks like the delta wave in the US finally peaked last week. 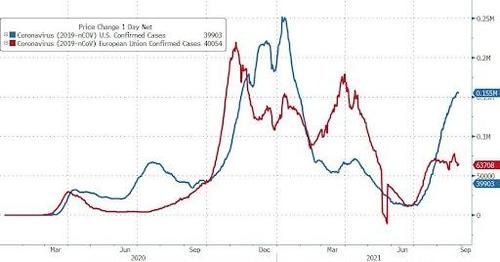 Under the EU’s rules, the bloc is supposed to consider removing from the safe list any country with over 75 new COVID cases per 100K inhabitants in the previous 14 days. However, the EU can take other factors into account when deciding, including whether the third country has opened up to EU citizens. The level of new cases in the US has remained below that threshold for most of the past two weeks.

Natural Immunity After COVID Could Be Legal Defense Against Vaccine Mandates

One Minute Until Messiah- 9.25.21 on Freedomizer Radio

Keys of the kingdom