“Higher gasoline costs, if left unchecked, risk harming the ongoing global recovery. The price of crude oil has been higher than it was at the end of 2019, before the onset of the pandemic. While OPEC+ recently agreed to production increases, these increases will not fully offset previous production cuts that OPEC+ imposed during the pandemic until well into 2022. At a critical moment in the global recovery, this is simply not enough. President Biden has made clear that he wants Americans to have access to affordable and reliable energy, including at the pump.”

Almost a decade ago, the official mascots of the London 2012 Summer Olympics were revealed. It didn’t go very well. Meet Wenlock and Mandeville: 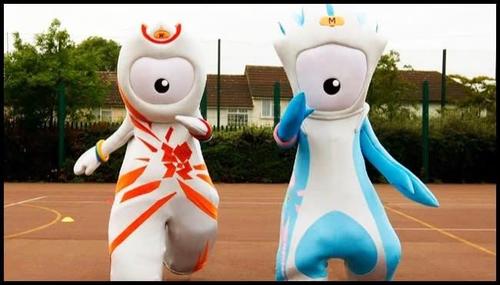 At the time, I was perusing a magazine article collecting various reactions to the mascots – I think it was in Time but I can’t be sure – and one commentator delivered a line that will stick with me forever.

“This can only be the work of a committee. It has cc written all over it.”

I am reminded of Wenlock and Mandeville as I observe America’s rambling approach to energy policy over the past several years. When you ponder the logical consequences of where we are headed, it is hard not to conclude that this too must be the work of a committee, and a disjointed one at that. More on the members of that committee a little later.

Let’s start with the opening quote for this piece, which I took from an official White House statement, because it is quite the stunner. The President and his allies are limiting domestically produced oil and gas at every opportunity, which should come as no surprise – they ran for office on exactly this policy, after all. The controversial Keystone Pipeline project was permanently cancelled shortly after Biden took office, signaling a major policy shift from the Trump administration. In late January, Biden issued a broad moratorium on oil and gas leases on federal lands and waters (subsequently partially reversed). Just last week, an Obama-appointed federal judge in Alaska reversed a previously approved $6B development project in her state, much to the chagrin of ConocoPhillips, the project’s owner.

If you think the burning of fossil fuels is bad for the planet and should be slowed and eventually stopped altogether, these actions are perfectly fine – even laudable. What is not fine is to expect that the price of oil (and by extension, gasoline) wouldn’t go up as a result of these policies. It takes a special kind of stupid to think that crimping supply for a highly inelastic commodity wouldn’t spike prices higher, especially as the economy continues to experience an accelerated recovery from the impact of Covid-19. Further, this is the exact result you should want if your intent is to reduce demand for fossil fuels. You don’t have to have a PhD in economics to understand that destroying demand with price is particularly effective. Higher prices for fossil fuels also make the development of alternatives more economically feasible, thereby accelerating our environmental transformation. There’s simply no path to substantially reduced carbon intensity without substantially higher prices for fossil fuels.

And that is what makes Sullivan’s statement so confounding. By begging OPEC+ to produce more, thereby keeping US gasoline prices under control, the President is effectively stoking demand for fossil fuels while ceding market share – and power over our economic future – to countries that generally don’t like us very much, have minimal to no environmental or labor safeguards, and operate in volatile parts of the globe (necessitating massive US military expenditures to safeguard critical shipping lanes). It is truly a worst-of-all-worlds situation. 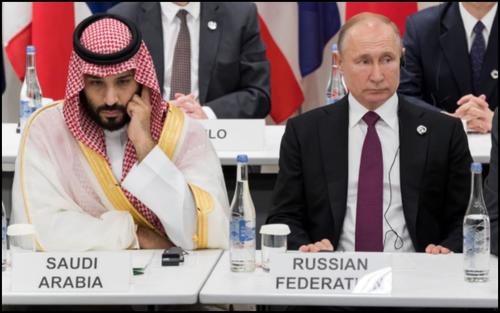 The President also is making a major push toward electrifying the US passenger vehicle market. He recently held a summit at the White House with key executives from the automotive industry (with one notable exception – Elon Musk was strangely absent from the invitation list). I happen to think full battery electric vehicles (BEVs) are a suboptimal environmental solution given the current state of battery technology, especially when compared to plug-in hybrid options (PHEVs), but I’m generally pro-electrification (with the notable exception of fences around chicken coops).

My beef with the President’s agenda is simpler. Where will the industrial metals and electricity needed for this conversion to electric come from? While the President proclaims that he will prioritize the domestic production of strategic minerals, the reality is his administration is making it even harder to get new mines operational. A recent analysis by Thompson Reuters had this to say:

“…the overwhelming effect of many changes proposed by the new administration will be to discourage, through extensive regulation, all forms of domestic mineral development and extraction. The new and revised regulatory framework will have the effect of:

·      Increasing the costs of development or operation of existing mines.

·      Lengthening the time needed to bring a mine into production.”

Our nation’s electricity grid is woefully unprepared to even support normal economic growth going forward. It simply can’t support the revolution in transportation that the President proposes. Because of lack of investment, poor maintenance, and political opposition to the development of new power plants using traditional fuels, we are near a critical breaking point. Look no further than the rolling blackouts in California and the struggle Texas is having keeping its lights on. A thoughtful essay by Marsh McLennan opened as follows:

“To say that the United States has an aging electric transmission infrastructure is a sizable understatement. The average age of the installed base is forty years old, with more than a quarter of the grid fifty years old or older. While the system’s sheer longevity is a testament to the engineering expertise of our forebears, that aging infrastructure is long overdue for a major overhaul.”

The end result of these policies will be similar to what we will see with oil. As BEVs and (hopefully) PHEVs gain market share, the US will become increasingly reliant on dirty metals derived from international mines with minimal environmental and labor standards. Prices for these metals will soar, impacting all supply chains that rely on them today. We will enrich our international geopolitical opponents at the expense of the average US consumer. Our electric grid will become more unreliable. Rolling blackouts will become more common, and spread beyond California and Texas. It isn’t a pretty picture.

What would President Doomberg do differently? In the unlikely event that the 47th President of the United States is a paranoid chicken, the energy policy motto would be simple: Better is Better. 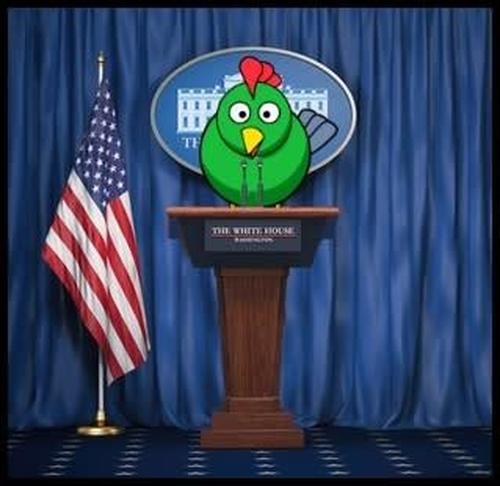 Under President Doomberg, the US would pass an infrastructure bill that actually invests in infrastructure. The bill would only fund a revitalization of our nation’s electric grid. There would be a zero-pork policy. Imagine that? I would sell the bill as a real investment in our children’s future. That’s money worth printing. Better is better.

Under President Doomberg, the US would advance its development of renewable electricity, especially wind and solar, but would supplement these investments with a national initiative – something on the scale of the Manhattan Project – to create affordable, grid-scale batteries from readily available materials. Current lithium ion battery technology isn’t ideal for grid storage for a variety of reasons, and we’ll need those batteries elsewhere (see below). The development of such batteries is critical for the integration of renewables, would help with grid balancing, and would reduce the need for peaking power plants. Better is better.

Under President Doomberg, the US would prioritize the development of PHEVs to replace traditional internal combustion engine vehicles. On a gallon-of-gasoline-abated-per-pound-of-battery basis, PHEVs are far superior to full BEVs. I would institute a $10,000 federal tax credit for any vehicle that has at least 50 miles of electric range before the backup internal combustion engine kicks in. The technology for these vehicles exists today – no new inventions are needed. This would cut demand for fossil fuels significantly, while minimizing the need to source dirty metals from our geopolitical foes. While I would work to fast-track the approval of new mines for strategic minerals, this approach would lessen the need to do so. It would also eliminate the need for a national electric vehicle charging network, as consumers could rely on traditional gasoline for long trips. Better is better.

Under President Doomberg, the US would revitalize its nuclear power industry. If you claim to be serious about reducing our carbon intensity but you are opposed to nuclear power, you aren’t actually serious about reducing our carbon intensity – you are a scientifically ignorant poseur.  That might sound a little harsh, and might even cost me a few subscribers, but it must be said. I’d be intellectually dishonest if I softened the message. Nuclear power is safe, affordable, and must be a critical part of our energy future.  In the past 25 years, the US has commissioned precisely one new nuclear power facility, a true failure of political leadership. Opposition to nuclear power is destroying the planet. Get over it. It’s time. Better is better.

Unfortunately, there will never be a President Doomberg, nor do I expect any of these proposed policies to be implemented.  President Biden’s de facto committee on energy is fatally conflicted, damning the US to the provably insane policies that are being imposed upon us today. On one end of that committee’s table sits progressive politicians – most of whom have never worked in heavy industry – who are demanding an all-or-nothing approach to energy policy that is completely at odds with sound scientific and economic theory. These politicians are underwritten and enabled by rent-seeking financiers on Wall Street, most notably Larry Fink, chair and CEO of Blackrock – and other similar cocktail-party dwellers – who don’t have to suffer the consequences of the policy recommendations they support. On the other end of the committee’s table sits the President’s base: blue-collar union members who drive pickup trucks for a living, middle-class families struggling to make ends meet, and all manner of economically-disadvantaged citizens. The President knows intuitively that placating the former will harm the latter, which is how we ended up with the policies we have.

If you insist on all or nothing, it will be all for nothing. The planet will be no better off, and we’ll all be poorer.