People Who Recover From COVID-19 At “Very Low Risk” Of Re-Infection: Study

People Who Recover From COVID-19 At “Very Low Risk” Of Re-Infection: Study

Authored by Zachary Stieber via The Epoch Times,

People who have contracted COVID-19 and recovered should know that the risk for re-infection is very low, a doctor said after a study he worked on was published. 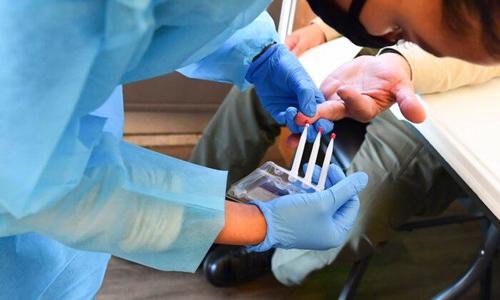 Researchers analyzed records from Curative, a clinical laboratory based in San Dimas that specializes in COVID-19 testing and has during the pandemic been conducting routine workforce screening. None of the 254 employees who had COVID-19 and recovered became re-infected, while four of the 739 who were fully vaccinated contracted the disease.

“The big takeaway was that if you are not vaccinated, and were not previously infected, one, you have a very high risk getting infected—24 percent of employees over a year tested positive. However, on the flip side, if you were vaccinated or previously infected your risk was near zero,” Dr. Jeffrey Klausner, clinical professor of preventive medicine and medicine at the University of Southern California’s Keck School of Medicine, told The Epoch Times.

Klausner and Dr. Noah Kojima of the University of California, Los Angeles’ Department of Medicine joined with Curative workers to analyze the records. They released a pre-print, or pre-peer reviewed version of the study online this week.

Researchers found that of the 4,313 employees who were not previously infected or fully vaccinated, 254 became infected.

The findings add to the growing body of research that indicates people who had COVID-19 and recovered enjoy a similar level of protection as those who have gotten a vaccine, following a study in the United Kingdom and one by Cleveland Clinic researchers.

“It should give confidence to people who have recovered that they are at very low risk for repeat infection and some experts including myself believe that protection is equal to vaccination,” Klausner told The Epoch Times.

“And we’re trying to update policy such that people who have recovered have the same privileges and access as people who are vaccinated.”

According to federal guidance, vaccines should be administered to people irrespective of whether they’ve had COVID-19 in the past.

The Centers for Disease Control and Prevention (CDC) has said officials are aware of evidence suggesting natural immunity among those who have been infected but has not altered its recommendations to incorporate that evidence.

“We do not comment on non-CDC authored papers. We continually evaluate the science that leads to our guidance, and if it needs to be changed, we will be base that on our own research and studies,” a spokesman told The Epoch Times in an email last month. 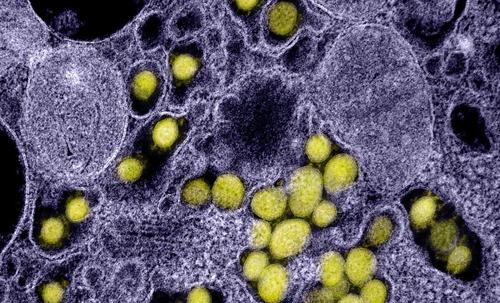 The limitations of the new study, which has been submitted to a journal and is being peer reviewed, include the possibility employees could have tested positive for COVID-19 outside of the routine screening, or employee testing program.

The group plans to conduct more analysis on the Curative data.

Dr. David Boulware, professor of medicine at the University of Minnesota, told The Epoch Times via email that the study “adds to the body of literature that generally healthy adults

SARS-CoV-2 is another name for the CCP (Chinese Communist Party) virus, which causes COVID-19.

Boulware, who was not involved in the research, noted that the median age of those tested was 29 years old and very likely included few people 65 years old or older, or many people without immune system problems.

“Thus, this may not apply to elderly persons or persons with substantial co-morbidities—but does likely apply to adults 18-65 years of age without major medical problems,” he said, adding that because the follow-up time period of those studied was relatively short, the paper does not give insight into longer-term protection.

“Long term protection is more unknown, which is why persons with prior infection still are recommended to receive at least 1 vaccine dose, but there is not any urgency to receive the vaccine (and waiting ~3 months likely would be fine),” he said.

Klausner said that besides bolstering the idea of natural immunity, the study shows that vaccination in the workplace is important.

“We need to continue to promote workplace vaccination requirements. Businesses have the authority and have the ability and have the legal power to require employees get vaccinated,” he said. “And I think this did the support that benefits of that.”