Crypto Gartman? Bitcoin Spikes After Contrarian Indicator Scott Minerd Says It’s “In A Crash” And Could Go To $10,000

Crypto Gartman? Bitcoin Spikes After Contrarian Indicator Scott Minerd Says It’s “In A Crash” And Could Go To $10,000

Have we found the crypto-Gartman?

The price of Bitcoin just spiked higher after negative comments by Guggenheim’s Chief Investment Officer Scott Minerd, who can’t seem to make up his mind about the cryptocurrency.

The price of Bitcoin responded by immediately moving higher… 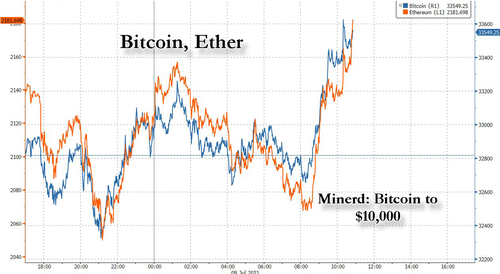 “When we look at the history of crypto and we look at where we are, I mean, I really do believe this is probably a crash, and you know a crash would mean we’d be down 70-80% which, let’s just say that’s between 10 and 15 thousand,” Minerd said on Friday morning.

Seemingly unaware of his past analysis on the crypto, he continued Friday morning: “Put it this way, I wouldn’t be in a hurry to buy bitcoin and I don’t see any reason to own it right now. If you’re going to be a speculator, speculate that it’s heading lower.” 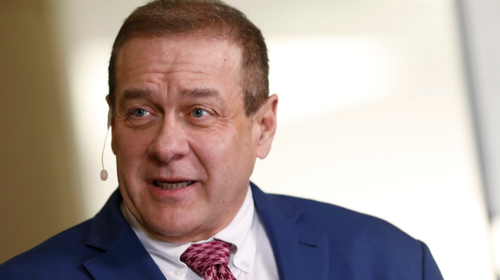 Minerd also said he though that a correction in stock was coming, but that we were “a long way from the end of the bull market”, follow-up reporting by Bloomberg said.

He predicted the 10 year Treasury under 1.5% for the year and even said it could move under 1% eventually.

Minerd’s comments on Bitcoin are especially rich, given that back in December, Minerd predicted Bitcoin at $400,000 per coin.

“Our fundamental work shows that Bitcoin should be worth about $400,000. It’s based on the scarcity and relative valuation such as things like gold as a percentage of GDP. So you know, Bitcoin actually has a lot of the attributes of gold and at the same time has an unusual value in terms of transactions,” he said, about 7 months ago.

You can watch video of part of Minerd’s Friday morning appearance on CNBC here.