With the spread of the Delta COVID-19 variant tripping alarms across the US, Democratic politicians, who have mostly urged caution with the reopening of the economy, are once again organizing “destination” fundraisers during weekends in July and August as they race against the GOP to raise as much money as possible before the 2022 midterms. 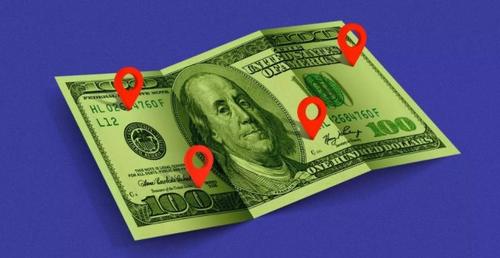 According to Axios, Democrats opted not to hold fundraisers outside Washington during the pandemic, which is why so many members are apparently looking forward to their weekends mingling with donors in the sunshine, despite the alleged threat posed by the Delta variant.

Maryland Rep. Dutch Ruppersberger plans to host a late August beach weekend in Ocean City, where he once worked as a summer lifeguard. “People can bring their families, and it’s very nice and it’s only three hours away,” he said. “You don’t have to travel to California or other places.”

Sen. Kyrsten Sinema will host a weekend event in Sonoma Calif., right in the middle of the state’s wine country, after the first week in August.

During the same weekend as Sinema’s event, Sen. Jack Reed has invited donors up to Newport, famed for its gilded-age waterfront mansions, for a separate fundraiser.

Democrats from the conservative ‘Blue Dog Caucus’ will host an event at Greenbrier resort in West Virginia between July 9 and July 11.

The bottom line: Democrats need to catch up to the GOP who have been more active on the fundraising front during the pandemic. Corporate donors and lobbyists are all getting the memo, along with their invitations: it’s time to pay up.

As Axios explains, most of these fundraisers cost between $2.5K and $5K per lobbyist, who transfer the money from their corporation’s PACs to the campaign committee for a specific lawmaker or his or her own political action committee.

Dems also try to recruit other lawmakers to join them at their events to increase the pull for lobbyists (allowing them to kill two birds with one stone).

Bottom line: As they prepare for a busy summer of fundraising, Democrats are showing that they’re not afraid of Delta…but you definitely should be (especially if you haven’t been vaccinated).