Hours after the New York City’s Board of Elections released an updated ranked voting tally for the Democratic Primary which showed frontrunner Eric Adams’ lead shrinking considerably, BOE officials acknowledged a ‘discrepancy’ in the ballot count. 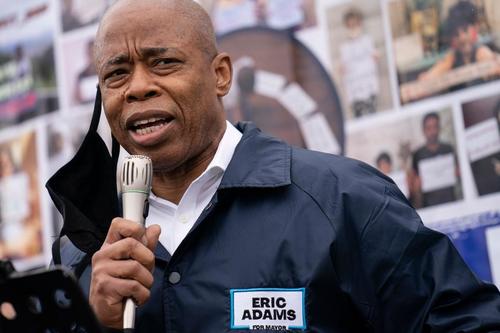 We are aware there is a discrepancy in the unofficial RCV round by round elimination report. We are working with our RCV technical staff to identify where the discrepancy occurred. We ask the public, elected officials and candidates to have patience.

In response, Adams’ campaign fired off a statement questioning the count, and demanding an explanation for the “irregularities.”

“The vote total just released by the Board of Elections is 100,000-plus more than the total announced on election night, raising serious questions,” reads the statement. “We have asked the Board of Elections to explain such a massive increase and other irregularities before we comment on the Ranked Choice Voting projection.“

Liberals, in response, accused Adams of going ‘full Trump’ and spreading ‘the big lie’ – that the election isn’t as secure as advertised. 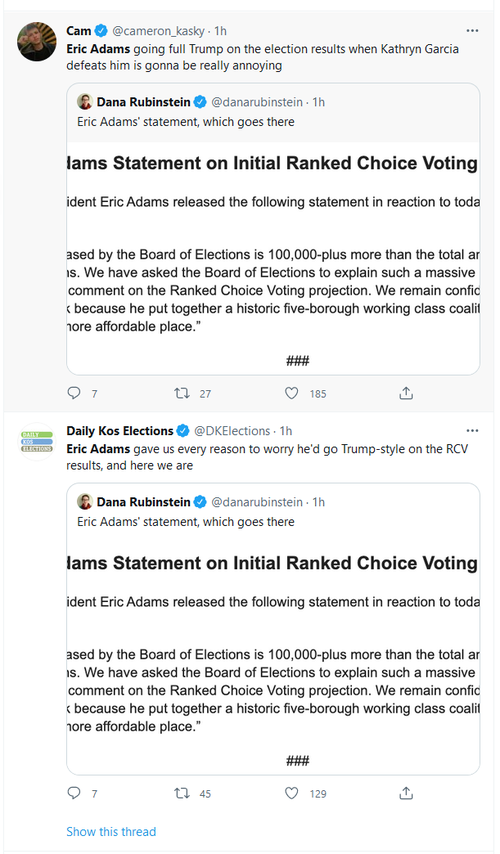 Seems pretty insulting to imply that Eric Adams is somehow following and copying Trump instead of making his own choices.

Why are so many liberals rooting for Garcia over Adams? https://t.co/WsksLgYgY2