Once upon a time, Goldman Sachs was known as a powerhouse in the world of commodities, a status it attained following its acquisition of J Aron, the commodities brokerage that was once the home of former Goldman chieftains Lloyd Blankfein, Gary Cohn, Harvey Schwartz and others. But Goldman dumped most of its physical commodities business years ago at the start of what was to become a yearslong bear market in oil and other industrial commodities.

Now, after the bank’s strategists have repeatedly (and correctly) called the run-up in crude prices, the start of what the bank believes will become the next major commodities supercycle (with crude expected to eclipse $100 a barrel in the not-too-distant future), Bloomberg reports that the storied Wall Street investment bank is looking to expand its physical footprint in Dallas. 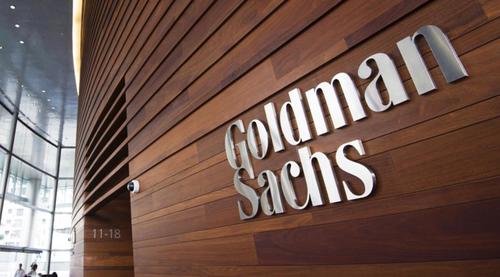 Though Dallas doesn’t have quite the same association with the energy industry as Houston, the notion that Goldman is expanding its physical presence in Texas, a state that’s closely associated with the American energy industry, is making is wonder whether GS is bucking the ESG trend and signaling that energy might be the next “big thing”.

Since the start of the pandemic, Goldman has been aggressively expanding its presence outside of New York. The bank is also looking to increase its headcount in Florida, leading what has become an exodus of major financial firms, including banks and many major buy-side players, to the Sunshine State.

It’s also notable that the bank is upping the headcount in low-tax states like Texas and Florida, while headcount has been flat in New York and Goldman’s other major satellite office in the US – its tower in Jersey City, NJ (another high-tax state).

According to Bloomberg, the Dallas office could become Goldman’s largest presence outside its Manhattan headquarters, part of CEO David Solomon’s plan to “rein in expenses” (read: taxes – though also rent and payroll).

The plan underscores how Chief Executive Officer David Solomon is seeking to reshape U.S. operations geographically as he looks to rein in expenses, placing thousands of jobs in cheaper locales. While the bank has been adding offices and workers for years in a number of strategic locations such as Dallas, the pandemic energized the effort, as managers learned how feasible it is to run businesses remotely.

“We continue to grow our presence in the Dallas area but cannot comment at this time on our future expansion plans,” said Maeve DuVally, a company spokeswoman.

Goldman has offices around the world, including “strategic” outposts Salt Lake City, Singapore, Warsaw and Bengaluru. Together, these offices already account for more than one-third of the firm’s 40.5K employees. Like many other companies on Wall Street, the bank also has been developing plans in recent months to expand in low-tax Florida, such as West Palm Beach, where it’s adding hundreds of jobs. Some senior executives have lobbied for an even bolder push there.

But as BBG points out, cutting costs isn’t Goldman’s only reason for opening a bigger office in Dallas. While costs are a driving factor, the Wall Street giant is reportedly “betting it will have advantages in recruiting, too. Not everyone wants to live in a densely populated financial capital such as New York. And it can be easier to lure and retain talent when there isn’t also a slew of major Wall Street banks mere blocks away.”

Dallas has increasingly become a financial hub. Charles Schwab relocated its headquarters to the affluent Dallas suburb of Westlake, where Fidelity also has a campus. Vanguard says it will open an office in the Dallas-Fort Worth area early next year. JPM has built up a campus in nearby Plano.

Motivations aside, it’s pretty clear that rising taxes in New York and New Jersey are helping to shift more jobs away from what has traditionally been America’s financial capital, as states with zero income tax like Texas an Florida beckon.