On one hand, UBS seems hell bent on keep its new Gen Z employees who have recently been promoted to associate positions. After all, it was just hours ago that we wrote about how the bank was showering these newly promoted employees with $40,000 bonuses.

Yet on the other hand, UBS apparently isn’t as determined to hang on to certain other employees. The bank has reportedly re-started its “Reduction in Force” job cut plan this week, according to Bloomberg.

Inside Paradeplatz, citing unidentified people familiar with the matter, said that the bank has “started giving notice to employees” of the layoffs. The bank reportedly pointed to “planned savings” for its reasoning, without identifying further details about the planned layoffs. The bank also didn’t comment to Bloomberg, when asked.

The bank is planning on paying the bonus to analysts who are promoted to associates, on top of regular salary increases. It marks a bonus that is about 30% of the base pay of a newly promoted associate, we wrote. 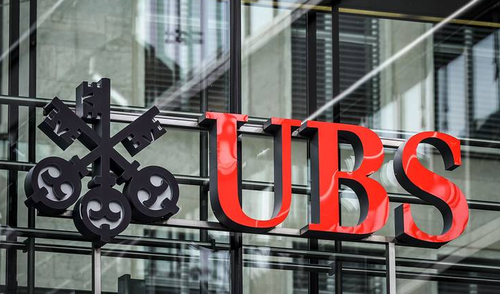 Recall, last month, junior bankers at Goldman Sachs spoke out about long hours worked during the SPAC boom. Their public outcry catalyzed a trend of other banks and employers rushing to kiss the ass of their respective employees to avoid turnover, and (likely more important) a PR crisis.

We have also noted at length the ongoing labor shortage that has developed as a result of the government paying the unemployed more to stay home than they would make in the labor force. Trillions in Biden stimulus has incentivized workers to not seek gainful employment, but rather to sit back and collect the next stimmy check for doing absolutely nothing in what is becoming the world’s greatest “under the radar” experiment in Universal Basic Income.

Even more amazing: a stunning 91% of small businesses surveyed by the NFIB said they had few or no qualified applicants for job openings in the past three months, tied for the third highest since that question was added to the NFIB survey in 1993.

We can’t help but wonder what will be going through the head of UBS employees being laid off while the bank apparently shifts its priorities to Gen Z investment banking analysts, who will be rewarded with the new bonuses.

Recall, UBS took a “restructuring charge of $300 million in the second quarter” related to the implementation of new corporate initiatives, that included the layoff plans.

The company employs about 73,000 staff across 50 countries.