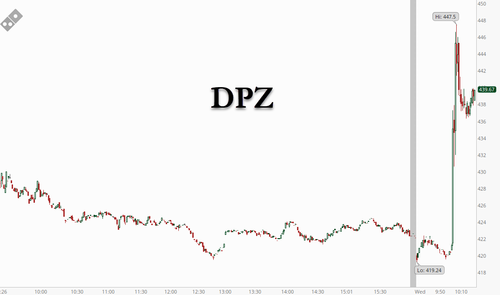 Speaking at the “Future of Everything” conference organized by WSJ, Ackman added that he has long been an admirer of the firm and has eyed buying its stock, but that he only just recently found what he believed to be a compelling entry point to invest. Pershing sold some of its stake in Starbucks – which, along with Pershings bets on Chipotle, marked one of Ackman’s biggest turnaround successes – to finance its investment in Dominos.

Pershing started building its position in Dominoes at $330/share. 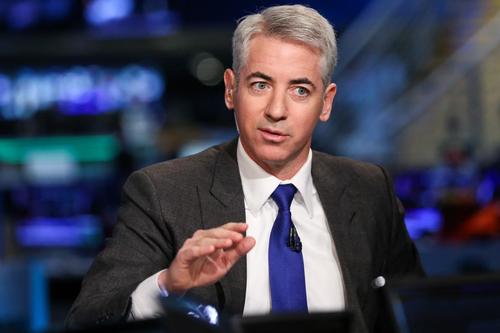 Ackman also revealed that he has been working on a single potential acquisition deal for the Pershing Square Tontine – Ackman’s SPAC –  since November of last year. “We’re deeply engaged” with an “iconic, phenomenal great business,” Ackman said. But it’s an “extremely complex” deal, and “I’m either going to get a transaction done” in the short term or move on to the next target.

Whatever happens, “It was worth devoting six months,” Ackman added, though he wouldn’t name the building.

Asked about bitcoin, Ackman bucked the trend of hedge fund icons buying into the crypto craze by responding that bitcoin isn’t a place he would invest. His rejection of crypto comes on the heels of his industry archrival Dan Loeb’s embrace of crypto via his firm, Third Point, which now holds cryptocurrency from five of its funds.

Investors can watch the rest of the conference below: