Bad Bet: Who Can Gamblers Sue For Losing Money On A Doped Horse?

Bad Bet: Who Can Gamblers Sue For Losing Money On A Doped Horse?

Today Bob Baffert, the trainer of the 2021 Kentucky Derby winner Medina Spirit, admitted that the now disqualified horse was treated with an anti-fungal ointment called Otomax, which includes betamethasone. That is the anti-inflammatory drug found in the horse’s blood after the race that led to the disqualification and the declaration of Mandaloun as the new winner. However, that means that thousands of betters were ripped off by betting on Mandaloun to win or betting on combinations of placement of the top horses. Conversely, those who collected on the longer shot Medina Spirit will be allowed to keep their winnings... which leave us wondering, is there no one for an honest gambler to sue? 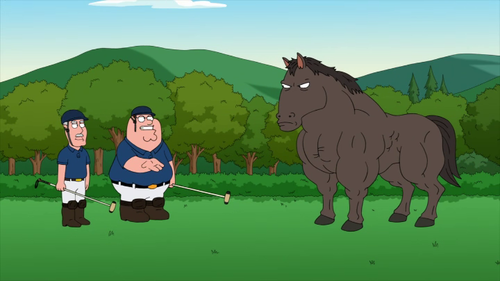 As may come as a surprise to some, if you lose money on a rigged game or disqualified horse, you are not entitled to a refund.

So in the 147th Kentucky Derby people put down huge sums not just on the winning horse but horses to place and show. Medina Spirit was paying out 12-1.

Many people lost a lot of money and a much smaller number won a windfall.  However, while the owner has to return the prize money, gamblers are told to take a ride around the track for their troubles.

The reason is that the rules of Kentucky Horse Racing Commission control and those rules mandate that the bets and payments are final despite a later showing that it was a ripoff for gamblers. Once the race is called, it can be uncalled for the horse but not the gamblers.

This is not the first such case at the Kentucky Derby.

In 1968, Dancer’s Image won but phenylbutazone was found in a post-race urinalysis of Dancer’s Image. Forward Pass was declared the winner.

As a side note, this could be a novel way of rigging a windfall on betting. You do not drug your horse but someone else’s horse which was not expected to win. That horse is then disqualified after the race. If you are bookie, you clean up on the lost bets on the best horses and pay little on the dark horse.

So here is my concern.

This was either negligence or intentional cheating if the rub account is accurate. Either way, the owner and managers of Medina Spirit cost a class of gamblers millions. Why isn’t any intentional or negligent act subject to lawsuit under tort? Both factual and legal causation could be claimed. If the alleged rub causation is proven, it is the but for cause for the loss of millions through disqualification. It does not seem particularly remote for purposes of proximate or legal causation. While one can hardly predict a win either with the use of such drugs, this is not some attenuated chain of causation or a case where there are many intervening forces or agents.

Courts could clearly rule that this is unforeseeable as a consequence, particularly in the negligent use of a rub. However, it does not seem so unforeseeable in a heavily regulated and tested industry. This is one of the primary concerns for both owners and tracks in the use of medicine or products that can transfer banned substances (or result in unacceptably high levels of the substance).

Courts are often faced with a reduction in the opportunity of survival or profits. There is a novel comparison that could be drawn to the tort of “loss of chance” in the failure to diagnose diseases. Such torts are allowed even where there was less than a fifty percent chance of survival.  U.S. courts have found the requirement of at least a 50 percent survivability line to be too severe. One of the first opinions was handed down in 2008 by the Massachusetts Supreme Judicial Court in Matsuyama v. Birnbaum. That case involved a patient who complained about gastric distress and was diagnosed as gastritis. He had gastric cancer and died later. His family sued and the court ruled that the requirement of a better than fifty percent survivability was a view rejected by an increasing number of courts and experts. In 1983, in Herskovits v. Group Health Cooperative of Puget Sound, the court found that even a 14% reduction in the survival chances from lung cancer was actionable.  (Note: Some English courts have proven hostile to such claims as in Gregg v Scott [2005] UKHL 2; [2005] 2 WLR 268, where a court rejected such a claim for a man whose chances of surviving non-Hodgkins Lymphoma was reduced from 42% to 25% due to a failure to diagnose the illness.).

I have never seen such a case but it could present some novel issues for a class action against the owner.  Even if this is more problematic for negligence which can arise in a myriad of ways, an intentional act (if it were ultimately proven) would seem to justify some level of recovery for those injured. Obviously, courts will be reluctant to open up the floodgates to good bets gone bad. However, this seems a far more credible claim when a gambler actually won a race but was denied the winnings due to the conduct of an owner.