Thanks to The Fed’s ongoing largesse, billionaire Stan Druckenmiller told CNBC this morning that “even a monkey can make money in these markets.”

“We are still acting like we’re in a black hole,” warns the fund manager, questioning The Fed’s wisdom in keeping the floodgates of intervention wide open despite the recovery happening at record speed.

“I can’t find any period in history where monetary and fiscal policy were this out of step with the economic circumstances, not one,” Druckenmiller said during the live “Squawk Box” interview.

Specifically, Druck warns that “Fed policy is endangering the dollar’s reserve status,” noting in his earlier WSJ Op-Ed that “keeping emergency settings after the emergency has passed carries bigger risks for the Fed than missing its inflation target by a few decimal points. It’s time for a change.” 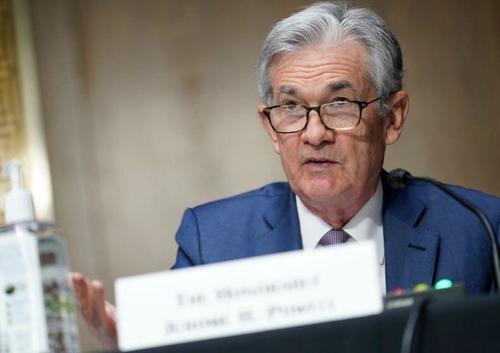 The veteran fund manager added that:

“Two-thirds of all relief checks were sent after the vaccines were proved effective and the recovery was accelerating. Opportunistic politicians didn’t let the pandemic go to waste. Especially after the Trump years, Congress has decided to satisfy its long list of unmet desires.”

Pointing out, rather awkwardly that The Fed’s independence is supposed to act as a counterbalance to these political whims.

The risks, he warns “are no longer hypothetical,” as Fed policy has “enabled financial-market excesses.”

“We are in a raging mania in all markets.”

“The central bank should balance rather than fuel asset prices.”

The long-term risks from asset bubbles and fiscal dominance dwarf the short-term risk of putting the brakes on a booming economy in 2022.

“If they want to do all this and risk our reserve currency status, risk an asset bubble blowing up, so be it. But I think we ought to at least have a conversation about it,” Druckenmiller said.

“If we’re going to monetize our debt and we’re going to enable more and more of this spending, that’s why I’m worried now for the first time that within 15 years we lose reserve currency status and of course all the unbelievable benefits that have accrued with it,” he added.

Central banks have been the root of a lack of confidence in dollar stability.

“The problem has been clearly identified. It’s [Fed Chair[ Jerome Powell an the rest of the world’s central bankers,” he said.

Finally, Druckenmiller appears to embrace crypto as a possible way out, noting that the ultimate solution could be “some kind of ledger system invented by some kids from MIT or Stanford” though he conceded that “I don’t know what it will be.”