Authored by Alexander Zhang via The Epoch Times,

The ongoing disruption to Britain’s rail services, which were caused by problems found in Hitachi’s high-speed trains, is expected to continue for weeks. 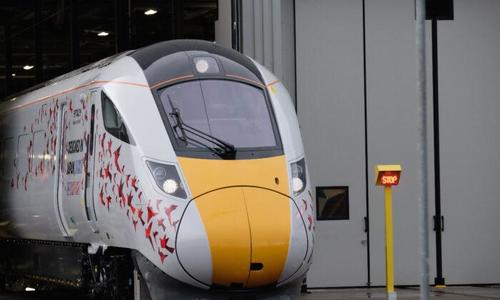 Rail companies said over the weekend that they had to suspend some services after cracks were found in some Class 800 series Hitachi trains, which are used by Great Western Railway (GWR), Hull Trains, London North Eastern Railway (LNER), and TransPennine Express (TPE).

LNER said on Twitter on Monday that the issue is “likely to be going on for a number of weeks.”

“LNER is working with Hitachi and other rail industry partners to return as many trains back into service as safely and as quickly as possible,” said a spokesman. “As investigations are continuing and the schedule for repairs is being developed, further information on timings will be released in due course.”

In a Twitter post on Monday, GWR said that “a significant number of services will be cancelled” on Monday and Tuesday, and “disruption is expected to continue for the rest of the week.”

Therefore, it said, “passengers with tickets for long-distance services are advised not to travel.”

The government said it had asked the rail industry to “urgently set out a comprehensive plan to resolve prolonged disruption.”

Rail Minister Chris Heaton-Harris said that he expected operators to “explore all options for replacement services to help people complete their journeys, and have asked Hitachi for a safety inspection plan, as well as longer term repair strategy.”

“Our focus is to ensure trains are returned to service as quickly as possible, once they are fully approved as safe. Only then can we start to rebuild a reliable and punctual timetable for passengers,” he said.

He said he would like to “thank passengers for their patience during what could be a significant period of prolonged disruption, likely to continue for some time.”

A spokesman for Hitachi said the cracks are on lifting points under train carriages, which are used during maintenance.

“Safety is our number one priority and as a precaution this continues to impact the number of trains that can run in service,” he said, adding that Hitachi’s teams were working “day and night” to solve the problem.

Robert Nisbet, director of nations and regions at industry body the Rail Delivery Group, described the cancellations as “disappointing” because more passengers are returning to using the train network following the easing of CCP (Chinese Communist Party) virus restrictions.

Asked if he knows how long the disruption is likely to last, he told BBC Radio 4’s “Today” programme, “No, I can’t put an exact time on it and that is purely because we are going through the process and taking it extremely seriously.”