Federal Reserve Chairman Jerome Powell insists inflation is “transitory.” As prices have spiked throughout the economy, Powell’s messaging has essentially been, “Move along. Nothing to see here.” 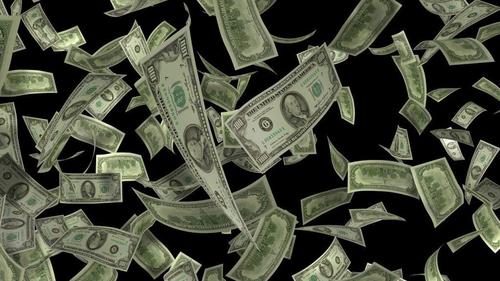 Peter Schiff has been saying the central bankers at the Fed can’t actually tell the truth about inflation because even if they acknowledge it’s a problem (and it is) they can’t do anything about it.

During a webcast sponsored by State Street SPDR ETFs, Grant said he thinks “there’s a gale of inflation of all kinds in progress,” adding that he believes it will take the Fed by surprise and “overwhelm our monetary masters.” Grant said, inflation is “clear and present and will manifest itself in our everyday lives.”

That sounds like the exact opposite of Powell’s “transitory” mantra.

Peter has said that once the Fed is forced to admit that inflation isn’t transitory, it will be too late to take action. Grant made a similar prediction, saying inflation will “catch the Fed flatfooted. In response it will “prevaricate” – meaning speak or act in an evasive way. In fact, that already seems to be the central bank’s strategy.

The question is can the Fed actually control inflation. Grant doesn’t think so.

I think the Fed is under the misconception that it controls events. Sometimes, events control the Fed, and I wouldn’t be surprised if this was one of those times. The Fed thinks that not only can it control events, but it can measure them. It believes it can pinpoint the rate of inflation.”

Therein lies the rub. Pinpointing inflation is no easy task. Grant noted that it’s easy for the Fed and government officials to downplay inflationary pressures because it is extremely difficult to measure. As Peter Schiff put it, CPI is a lie. Grant used the evolution of the toothbrush into its electric form as an example. How do you measure the clear quality improvements in the toothbrush? The government uses hedonics to measure these changes, but as Grant pointed out, this is “inexact and not really a science.”

Grant believes that the economy can only tolerate 2.5% real rates. If that is breached, he thinks the Fed will have to resort to yield-curve control. If it does actually try to shrink its balance sheet and sell bonds, it will drive bond yields even higher. Fed bond-buying is the only thing propping up the bond market right now.

In fact, the Fed is propping up the entire economy. There is a sense that the Fed will always step in and save the markets. As a result, we have bubbles everywhere, from the stock market, to real estate, to cryptocurrency.

“These are strange and oppressive markers of financial markets that have lost moorings of valuation,” Grant said.

I think the astounding complacency toward, or indifference of, the evident excesses in our monetary and fiscal affairs … I think the lack of concern about those things is perhaps the most striking inflationary augur I know of.”

Meanwhile, the Fed continues to create money. M1 annual growth is 350%; M2 is growing at approximately 28%.

“Never before have we had monetary peacetime growth this fast,” Grant said.

“Tell me who cares.”

Grant said central bankers like Powell are guilty of hubris. They suffer from the delusion that they can actually control everything. Grant called the Fed “un-self-aware.”

Grant talked about gold, saying it is an investment in “monetary disorder.”