In the latest edition of his substack newsletter “BIG, Matt Stoller tackled the Biden Administration’s decision to back a proposal at the WTO to waive IP protections for COVID-19 vaccines produced by Moderna, BioNTech, Pfizer and others. While the EU and France have signaled their openness to discuss joining the US in backing a waiver, Germany’s Angela Merkel has stood up to defend the status quo. Pfizer, as Stoller reminds us, stands to earn $28 billion in 2021 selling its jabs, along with potentially hundreds of billions more from selling lucrative “booster shots”.

But for Pfizer to tap that market, mutant COVID-19 strains need to see at least some progress in keeping the global pandemic alive. India and South Africa – which both sponsored the WTO proposal to bypass vaccine-related IP protections – insist they could quickly ramp up production of mRNA vaccines like those produced by Pfizer and BioNTech if they only had the technology. Shortly before the announcement of his divorce, Bill Gates doubled down on his defense of the status quo, insisting that there aren’t any regulator-approved factories standing at the ready to produce vaccines. But as Stoller pointed out, that this argument doesn’t hold water, since there are plenty of factories in India (which already has tremendous vaccine production capacity) South Africa and elsewhere that could be retrofitted to produce vaccines within a few months. 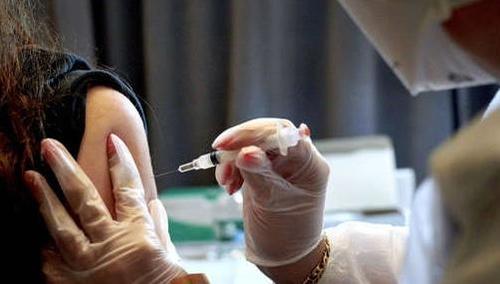 As the outbreak in India rages with no end in sight, India and increasingly other developing nations worried about the prospect of another disastrous wave of the virus have increasingly turned to China and Russia to secure more doses of the vaccine. Demand is expected to intensify as the WHO approves more Chinese vaccines (it approved a vaccine made by China’s Sinopharm late last week, and is expected to approve more Chinese vaccines in the coming months).

As Stoller pointed out, China’s reliability as a vaccine supplier is increasing its geopolitical clout, which is probably why Biden took the (calculated) political risk of turning on his big-pharma backers (though Biden did say he would support waiving IP protections during the campaign). The US needs to be seen as sharing its vaccine wealth with the world, or Russia and China will step into the breach.

The Times of India pointed out that China has already shipped a quarter-of-a-billion doses of its coronavirus vaccines, which is more than all other nations combined. It has committed to providing another 500 million doses in the coming months to countries like Indonesia, Senegal and Uruguay, which have no choice but to negotiate with the big global producers.

Meanwhile, Covax, the WHO program to vaccinate the globe, has shipped more than 50M doses to 121 countries and territories, but that’s well short of its goal of billions of doses. It’s only a fraction of the 200M+ doses that have been administered in the US.

With negotiations over the IP waiver still expected to take month, leaders of the European Union over the weekend urged Biden to adopt a hybrid approach: instead of simply relying on the WTO IP waiver, the US must lead a push to export more doses of the vaccines to desperate developing nations. While Biden has already promised to ramp up exports of hundreds of millions of doses, so far at least, there hasn’t been all that much follow-through.

Gathering in Porto, Portugal on Friday and Saturday shortly after the US suggested suspending the IP rights to boost the global supply of shots, German Chancellor Angela Merkel, French President Emmanuel Macron and Italy’s Mario Draghi appealed in unison to Biden to follow the EU example and start shipping significant numbers of vaccines. They argued that while ditching IP restrictions would help increase supply in the long term, the world needs help now. They also tried to shame Biden into ramping up exports by claiming that the EU has done more than any other developed nation to export vaccine supplies.

“The European Union is the only continental, democratic region of this world that is exporting on a large scale,” von der Leyen said.

French President Emmanuel Macron reprimanded the US and the UK on Friday for blocking the export of shots and the raw materials needed to make them.

“Today the Anglo-Saxons are blocking many of these ingredients and these vaccines,” Macron said. “Today 100% of the vaccines produced in the US go to the American market.”

Echoing similar comments from Berlin on Thursday, he said sharing intellectual property isn’t the immediate issue. “You can give IP to labs who don’t know how to produce it, and they won’t produce it tomorrow,” Macron said.

Even Biden’s own staff seem to agree with the EU: Jeff Zients, the president’s COVID response coordinator, said Friday that supporting a waiver is “the right thing to do” but that the waiver alone won’t give the world enough vaccines. “That’s why we will continue to ramp up our efforts – working with the private sector and all possible partners – to expand vaccine manufacturing and distribution around the world and increase, as you point out, the important supplies, the raw materials, the equipment needed to make the vaccines,” Zients said in Washington.

A week ago, the White House switched up federal policy for distributing COVID-19 doses, but it still isn’t clear how this will help increase the supply of vaccines in India and other markets that are badly in need. Meanwhile, it’s been clear for weeks that vaccine demand in the US has reached an inflection point; states have been seeing unused jabs pile up for weeks, while the Biden Administration makes emptry promises to give away more jabs abroad.