Egypt Reduces Compensation Fine Against Ever Given By $300 Million

Egypt Reduces Compensation Fine Against Ever Given By $300 Million

Egypt’s Suez Canal Authority (SCA) offered to drop $300 million from its compensation claims against the owners of the Ever Given containership, according to Egypt Today.

The Panama-flagged Ever Given containership, owned by Japan’s Shoei Kisen Kaisha, blocked the Suez Canal for six days in late March. SCA initially requested $916 million in damages for the blockage and continues to impound the ship 30 miles up the channel in the Great Bitter Lake.

Here’s the current location of the containership as of 0645 ET. 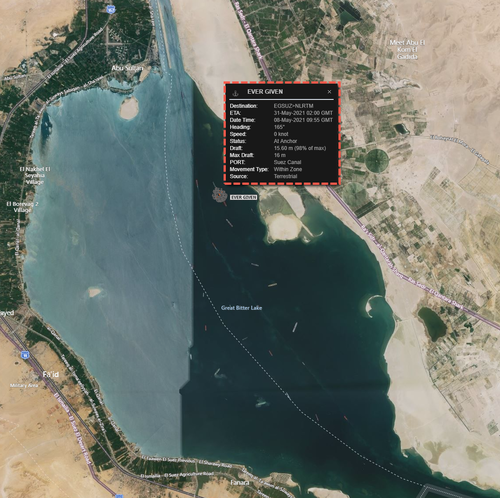 The reduction of compensation claims was announced by the SCA Chairperson Admiral Osama Rabie on Friday. He told the MBC Masr channel that Egypt would continue to impound the vessel until the fine is paid. We’ve noted the court battle between SCA and the vessel owners could be a long-drawn-out process.

Egyptian business tycoon Naguib Sawiris tweeted that SCA’s fine is “exaggerated and unrealistic,” stating it’s not a good image for the country. 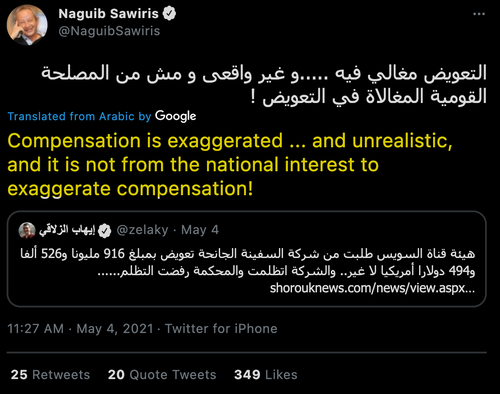 There have been instances where commercial vessels involved in international disputes take months or even years to resolve. There’s still no timeline when Ever Given’s owners will pay the fine, but the prolonged legal battle is not good luck for SCA.