Asia, LatAm Companies Are Embracing Bitcoin, Ether To “Maintain The Purchasing Power” Of Their Assets

Asia, LatAm Companies Are Embracing Bitcoin, Ether To “Maintain The Purchasing Power” Of Their Assets

While Elon Musk (Tesla), Jack Dorsey (Square), and Michael Saylor (MicroStrategy) have made headlines with their adoptions of cryptocurrencies as part of their company’s reserves, many other American companies have begun to embrace the decentralized payments system.

This is The Way. pic.twitter.com/vDzHzdzqnP

But now, with Bitcoin hovering around $58,000, companies in Asia and Latin America are beginning to move into the space.

Nikkei Asia reports that South Korean gaming giant Nexon said that it has shifted part of its cash into the cryptocurrency, purchasing 1,717 bitcoins at an average price of about $58,226 per bitcoin, including fees and expenses, for around $100 million.

“Our purchase of bitcoin reflects a disciplined strategy for protecting shareholder value, and for maintaining the purchasing power of our cash assets,” President and CEO Owen Mahoney said in a statement.

“In the current economic environment, we believe bitcoin offers long-term stability and liquidity, while maintaining the value of our cash for future investments.”

Nexon said the bitcoin purchase represents less than 2% of the company’s total cash and cash equivalents on hand. 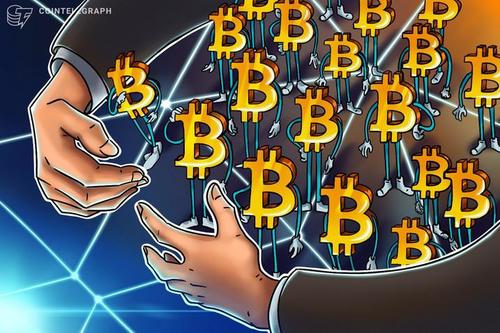 Earlier in April, Meitu, the developer of China’s wildly popular beauty-enhancing photo app, Meitu Xiuxiu, revealed that it had accumulated a total of about $100 million worth of bitcoin and Ethereum. The Hong Kong-listed company had previously announced plans to buy up to $100 million worth of cryptocurrency with cash reserves.

In a statement, the company said:

“The board believes cryptocurrencies have ample room for appreciation in value, and by allocating part of its treasury in cryptocurrencies [they] can also serve as a diversification to holding cash in treasury management.”

The statement went on to say “the board considers this a demonstration to investors and stakeholders that the group has the vision and determination to embrace technological evolution, and hence [is] preparing its foray into the blockchain industry.”

And just this week, Mercado Libre, the largest e-commerce platform in Latin America, has announced to the U.S. Securities and Exchange Commission (SEC) that it acquired $7.8 million in Bitcoin in the first quarter of 2021. It stated in the report:

“As part of our treasury strategy this quarter we purchased $7.8 million in Bitcoin, a digital asset that we are disclosing within our indefinite-lived intangible assets”.

As CoinTelegraph reports, the purchase makes the Argentinean company the first large Latin American company to acquire Bitcoin for its treasury.

We are sure Charlie Munger would be “disgusted” at these actions.