The NTSB has issued its preliminary report on the fatal Texas Tesla crash that took the lives of the vehicle’s two occupants last month. While the preliminary report notes that “all aspects of the crash remain under investigation as the NTSB determines the probable cause,” the report did touch on several key points.

The report noted that:

Then the report highlights one of the main points of contention around the investigation: whether or not Autopilot was engaged. The NTSB writes that a similar vehicle could have engaged Traffic Aware Cruise Control, but not Autosteer, at the point where the crash took place:

It is unclear whether or not Tesla can toggle the availability of these features, for certain roads, on the fly. 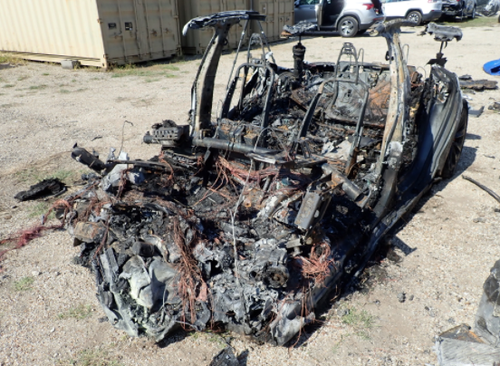 The NTSB concluded by stating that the investigation was ongoing and that it was working with Harris County Texas Precinct 4:

The NTSB continues to collect data to analyze the crash dynamics, postmortem toxicology test results, seat belt use, occupant egress, and electric vehicle fires. All aspects of the crash remain under investigation as the NTSB determines the probable cause, with the intent of issuing safety recommendations to prevent similar crashes. The NTSB is working alongside the Harris County Texas Precinct 4 Constable’s Office, which is conducting a separate, parallel investigation.

Recall, it was Mark Herman, Harris County Constable Precinct 4, who was most skeptical of Musk’s comments absolving Autopilot of liability last month, telling Reuters that the police served search warrants on Tesla to secure data from the Model S.

Responding to Musk at the time, Herman said: “If he is tweeting that out, if he has already pulled the data, he hasn’t told us that. We will eagerly wait for that data.”

“We have witness statements from people that said they left to test drive the vehicle without a driver and to show the friend how it can drive itself,” Herman said according to the Reuters report.

A reported 23,000 gallons of water needed to be used to extinguish the flames because the Tesla’s battery “kept reigniting”.