“Keep As Much Money As You Can”: Hunter Biden Disclosures Offer New Details On His Chinese Financial Dealings And Associations

“Keep As Much Money As You Can”: Hunter Biden Disclosures Offer New Details On His Chinese Financial Dealings And Associations

There are new disclosures from Hunter Biden’s laptop that offer an added perspective on his dealings with Chinese figures, including Patrick Ho, secretary general of Chinese oil giant CEFC, who was later indicted and has been connected with Chinese intelligence. The emails and pictures relate to the young Chinese assistant supplied to Hunter who makes revealing statements about the fluid expense accounts and level of support given Hunter by the Chinese. I have read through the new messages and I am not clear about the relationship with the young aide who tells him that she still has his dog tags in her New York apartment. However, the new emails include details on how Biden was paid and the fluidity of the accounts established by the Chinese. 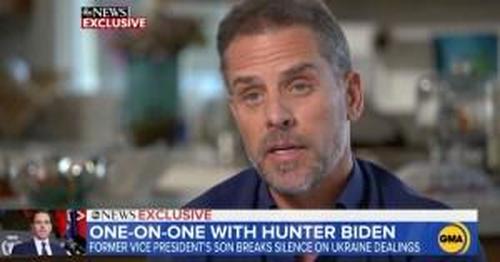 The first of the emails from Bao appear to be dated shortly before the arrest of Ho in November 2017 and after the business partners were stepping back from the company and associations including the one with Bao. It is not clear if Biden was told at that point that he needed to wall off Bao and others connected to the company, but he does not appear to respond to the emails.

The emails take on a certain stalking quality as Bao repeatedly seeks to resume the association by stressing that she wants to be his friend. She also repeatedly references some misunderstanding that he might have about her. (At one point, she tells Biden that she does not want him to view her as “a messed up bad girl.”). She also states in later emails that she tried to reach out to Hunter on various communication systems or platforms to no avail. She says that she wants to have a relationship as a friend, but it appears that Hunter was not responding to those entreaties. 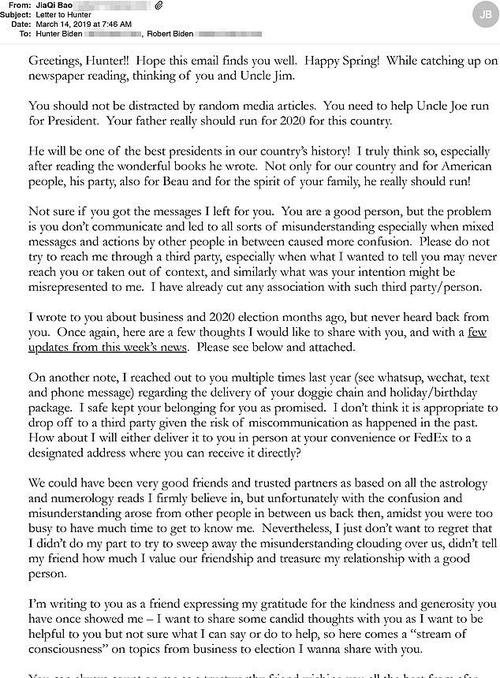 My greater interest remains in the fluidity of Hunter’s financial dealings, the references to mass transfers to him or his uncle, and the role of Ho who American intelligence has long tied to the Chinese government and intelligence services. In the emails, Bao offers possible talking points in dealing with the election and opposing research on Trump including Trump’s alleged links to a Chinese-owned Florida “prostitution parlor,” an ironic attack point given the photos of Hunter with alleged Chinese prostitutes. (Biden admits in this book that apart from his intimate relationship with his late brother’s widow, Hallie. the “other women I’d been with during rampages since my divorce were hardly the dating type.”).

Bao’s emails discuss Chinese accounts that appear to have cash available to Biden to use at his discretion. One section is titled “Keep As Much Money As You Can” and encourages Biden to drain accounts that are just sitting their with cash, including ramping up his expenses. The references indicate the easy availability of the money from the Chinese during a period when Hunter admits to be being continually drunk and engaged in sexual and narcotic excesses. 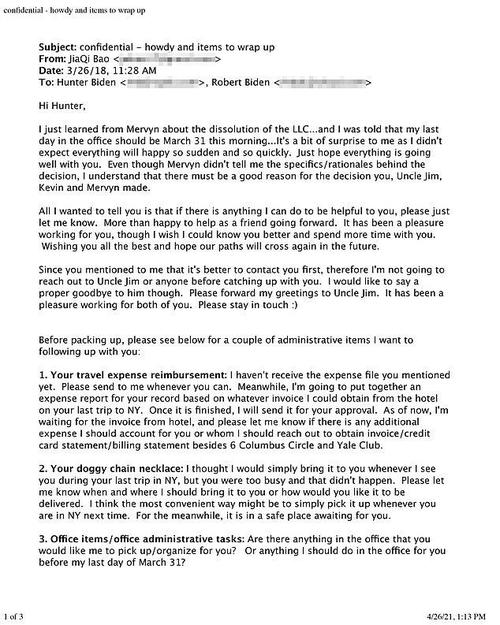 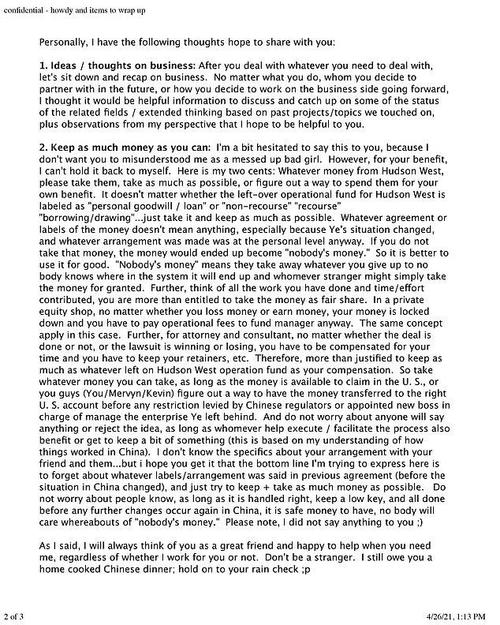 Again, in fairness to Hunter Biden, there is no response from him and the emails come across as a former assistant trying to reestablish a relationship and regain his confidence.  However, it gives an insight into these accounts and how Biden could pull expenses from the company.

The enterprise itself seemed to quickly collapse but Biden received a huge amount of money without an evidence of substantial work on his part. Indeed, Biden admits that he was still a crack addict during this period and the photos show him passed out and doing drugs as well as sexual trysts with various women, including possible prostitutes.  Gao herself expresses concern over Hunter’s abuse of alcohol: “One of my New Year’s Wishes is that you could drink less… I will do anything and everything to make you happy so that alcoholic beverages’ widely believed mythical function as a stress reliever won’t be an excuse for indulgence!”

Hunter recently admitted that during this period he was “[d]rinking a quart of vodka a day by yourself in a room is absolutely, completely debilitating” as well as “smoking crack around the clock.” (Indeed, the dog tags in Bao’s apartment were from Biden’s short stint in the Navy before being discharged for drug use).  However, the Chinese wanted to pay him millions as their business adviser and assigned Bao as his assistant.

This brings us back to Ho and the ongoing investigation of Hunter Biden. Biden has insisted that the investigation is solely focused on tax issues and he will be cleared. That may be true. However, we know that these transactions were flagged by federal authorities including claims over possible money laundering.  As an attorney, I would be very concerned if my client was transferring such large amounts of money from these accounts.  The items discussed by Goa include her listing of Hunter’s expenses as including payment to the Yale Club in May 2018 totaling $16,578.69. It is not clear which account that money came from. However, she notes that she is “not sure if the accounting department will let this go.” 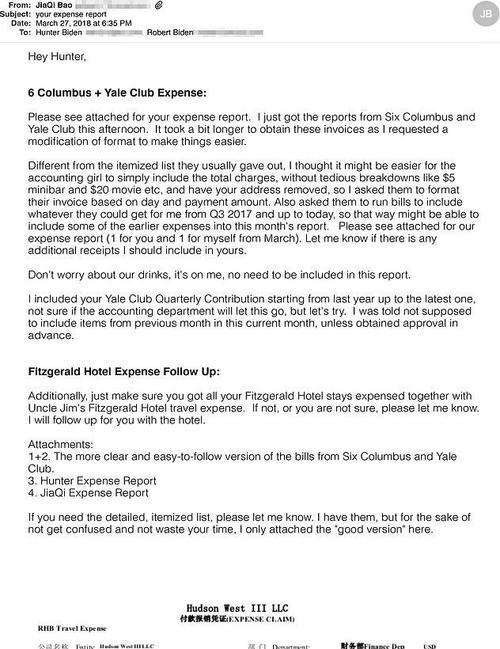 There is a legitimate question of why a company closely connected to the Chinese government and possible Chinese intelligence would be giving millions to Hunter and his uncle.  Hunter’s laptop shows that he transferred about $1.4 million of funds from his company Owasco to his uncle’s consulting firm between 2017 and 2018.

Hunter and Joe Biden’s brother Jim partnered with CEFC in 2017 but the enterprise collapsed the following year when Ho was arrested and later convicted of bribery in a US federal prosecution.

The continued lack of interest in those connections by most of the media is astonishing and part of a continued blackout of virtually any scandals and possible crimes connected to Hunter.  I feel the same way about the continued investigation of Rudy Giuliani’s efforts in the Ukraine. There is a legitimate media interest in whether laws were broken or whether Trump associates lied about these efforts. My problem is that the media has overwhelming and continuing interest in one (Giuliani) and little interest in the other (Biden).  Both raise serious questions that should be fully investigated and disclosed for the public.