The Blockchain And The Future Of Everything

The Blockchain And The Future Of Everything

Authored by Ethan Yang via The American Institute for Economic Progress,

Writing, money, and ledgers, are the three basic building blocks that allowed humanity to progress past the days of foraging for berries and hunting wild game to the advanced global civilization we are today.

Being able to trust one another is perhaps one of the most important facilitators of economic and social activity. When you perform a transaction you trust that the service you’re getting is what you paid for. When you put your money in a bank, you trust that the bank is a reputable third party to store assets. When you use the internet you trust that your data is secure and won’t be given away to bad actors. 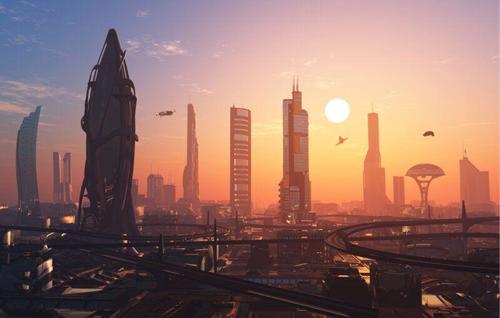 Being able to trust a person, a service, or a device is integral to the functioning of a complex and evolving society. Oftentimes the progress of society is limited by barriers to expanding trust whether it be avoiding scams, processing data, or embracing the promise of the digital age which understandably has many worried about trusting the technology to be secure. For this to happen, we will need to collect and process a tremendous amount of information about everyone and everything. Giving all that power to big corporations or governments to handle doesn’t sound like a great idea either.

That is what makes the promise of blockchain technology so revolutionary, as it possesses the potential to accomplish all these requirements to facilitate trust in a digital revolution without assigning that power to any authority, private or public. This is the topic of The Truth Machine, a book co-written by Michael Casey, a senior advisor at MIT Media Lab’s Digital Currency Initiative, and Paul Vigna, a reporter at the Wall Street Journal who specializes in cryptocurrency. The book was written in 2018, which is a true testament to its value as its predictions about the promise of blockchain technology only continue to realize themselves.

What is the Blockchain?

The authors make an insightful point about ledgers and data when they write the following,

“The advent of the first ledger technology can be traced back to roughly 3,000 BCE, in ancient Mesopotamia (modern-day Iraq). Of the tens of thousands of clay tablets the Mesopotamians left behind, most are, well ledgers: records of taxes, payments, private wealth, worker pay. The famous Code of Hammurabi – the Babylonians’ system of law – was written on one of these ledgers, but most kings had their own rules set out as well. The rise of ledgers matched the rise of the first large scale civilizations.”

Translation: data is king. Data is needed in everything from basic transactions at a cafe to running massive enterprises with countless moving parts, and is incumbent on the ability to access data.

“Money itself is intrinsically linked to the idea of a ledger. Physical currency like gold coins and paper money are, similarly, record keeping devices; they too aid with societal memory. It’s just that rather than existing as a written account of transactions, a currency’s record-keeping function is abstracted into a token.”

The blockchain is essentially a massive decentralized electronic database that is extremely difficult to hack and manipulate. However, it is not like a typical database like a computer hard drive. Investopedia explains,

“One key difference between a typical database and a blockchain is the way the data is structured. A blockchain collects information together in groups, also known as blocks, that hold sets of information. Blocks have certain storage capacities and, when filled, are chained onto the previously filled block, forming a chain of data known as the “blockchain.” All new information that follows that freshly added block is compiled into a newly formed block that will then also be added to the chain once filled.”

The blockchain can be used to perform all sorts of activities such as monetary transactions, storing personal data, and holding contracts. The most important thing is that it is virtually impossible to manipulate, which not only makes it extremely secure but allows people to trust the person on the other end. The blockchain is powered by a decentralized network of participating computers around the world, not a single entity like a tech company or a government. Therefore, unlike contemporary examples of decentralized data like “the cloud, which at the end of the day belongs to a single tech company like Apple or Google, the blockchain belongs to everyone and nobody at the same time.

The Limitations of Current Technology and the Promise of Blockchain

Being able to establish trust is essential to the conduct of a modern and enterprising society. We swipe credit cards trusting that the money will go where it needs to go. We sign contracts, trusting that the deals will be followed. We choose to solicit the service of a bank, trusting that the finances are well-managed. Uncertainty and vulnerability are what hold back progress in many areas of economic life, whether that be accessing the credit of a potential loan recipient or signing a deal with a potentially shady actor. In the worst-case scenario, being deceived by someone you can’t trust leads to dire consequences.The authors give an example of some modern-day challenges that could have been avoided with better trust mechanisms, such as the blockchain by writing,

“Lehman Brothers is often Exhibit A in the breakdown of trust in the twenty-first century. A lion of Wall Street, the firm was revealed to be little more than a debt-ravaged shell kept alive only by shading accounting – in other words the bank was manipulating its ledgers…The crash of 2008 revealed most of what we know about Wall Street’s confidence game at that time. It entailed a vast manipulation of ledgers. The recorded value of the assets those ledgers were supposed to track – including those havoc causing credit default swaps – turned out to be largely vapor.”

The entire crisis of 2008 was largely an issue of deception enabled by the power of large financial institutions to lie about their asset valuations. Of course, there were policy issues regarding government lending and oversight that created moral hazards, but at the end of the day, deception is what set the whole system up for failure.

With blockchain technology, manipulating ledgers and altering numbers would be far more difficult, and it may have even prevented the 2008 crash in the first place. In fact, blockchain technology would even vastly simplify auditing and bookkeeping, freeing up countless people to work in more productive jobs while also decreasing compliance costs.

Blockchain technology in the financial sector would also increase competition and make the market more dynamic by allowing greater trust in newer companies. Much of the power large corporations, particularly banks, have is that people trust them because they’ve been around for a while. Blockchain would allow smaller and newer competitors to at least demonstrate to consumers that they are trustworthy actors who have sound financial practices. This doesn’t just apply to Wall Street either. One of the biggest roadblocks to the global poor in acquiring capital and opportunities to better their lives is being able to be trusted. If blockchain is made accessible, that could open up a new world of possibilities when it comes to acquiring loans, owning property, creating contracts, and all the other trust-based mechanisms that are often less available to those who live in underdeveloped areas.

Embracing the Internet of Things

Perhaps one of the most exciting trends of the digital age is the connection of everything to the internet. Self-driving cars, smartphones, advanced portable medical devices, smart grids, the list goes on. Being able to have devices connected to one another across the world enables countless possibilities to make life easier and work more productive. The one thing holding all this back is trust. Even if we develop the technology to handle all the data being processed by linking more things to the internet, compiling all this data amongst a few big tech companies sounds like a recipe for disaster.

“Who is capable of and can be trusted to run a global network of billions of devices that will tap into virtually every single thing we do on a daily basis? It’s one thing for a private company like, say, Comcast, to offer a relatively simple service such as cable for millions of people. But trusting a monopoly gatekeeper with all the sensitive personal data that’s broadcast by your devices is much more problematic.”

Letting the government handle our data in this matter is a nonstarter as well. The current model of centralizing all data in the hands of databases public or private is a recipe for crippling incompetence, the erasure of privacy, regulatory stagnation, and a hacker’s dream. In order to actually make the jump to a future of endless possibilities promised by embracing the digital age is to have a decentralized system of data processing that is extremely difficult to compromise. Without exaggeration, this is what blockchain can provide.

The authors pose several examples of all the wonderful technology society can safely embrace with the widespread integration of blockchain technology and the Internet of Things. Imagine sensors that can monitor bridges for structural weakness and immediately communicate that to the relevant actors. A surveillance apparatus that is able to track the spread of pathogens around the world without invading everyone’s privacy. Smart ports that allow you to turn your house into a car charging station and collect payments. Whatever entrepreneurial product you can think of that can harness the power of being connected to other devices via the internet can now be a reality if we are able to safely and efficiently process massive amounts of data. With these new products comes a radically more efficient, dynamic, and collaborative future full of exciting opportunities.

The Truth Machine makes it clear that the basis of all civilizational activity, whether it be economic or social, is trust. Adam Smith articulated the famous principle that society is most productive when individuals are left to pursue their own self-interest. However, for all these self-interested interactions to take place, people need a way to trust whoever they are interacting with. When humans existed as small nomadic tribes, trusting one another was easy. In order to build the bustling global society that exists today, people have to develop ways to trust strangers and institutions.

Today we find ourselves on the cusp of another great technological revolution with tremendous potential to better the lives of people around the world. However, the current apparatus of centralized data processing and storage is not only incapable of adequately handling the prerequisite needs of this digital society, but it might also turn it into a dystopia. What we need is a highly decentralized and efficient infrastructure that is impervious to manipulation. Blockchain technology seems to be the essential component to make the digitized society of the future a foundation for empowerment and growth rather than an Orwellian nightmare.