The persistent question over the past months as more of the US population has had access to COVID-19 vaccines has remained: “when will it all end?” A new poll has found that nearly half of Americans believe some form of social distancing measures will now become permanent, according to a study by Signs.com.

The majority, however, at 64% believe that their local and state governments will loosen up restrictions like caps on attending public venues or being in places like bars or restaurants, even should national policies remain in place, at some point within the next three months.

The recent study on Americans’ views of distancing measures was published as it’s becoming increasingly clear that large states like Texas have not suffered a resurgence in the virus even after it “opened 100%” at the start of March.

The extensive polling data was also released just as a major MIT study challenged many social distancing guidelines, including the effectiveness of mask-wearing. The study found that “one is no safer from airborne pathogens at 60 feet than 6 feet.”

“We need scientific information conveyed to the public in a way that is not just fearmongering but is actually based in analysis,” the MIT scientists said.

Yet Americans now fear that many of these policies previously forced on the population like the “6 foot rule” (even as they were anything but “established science”) will now become permanent. 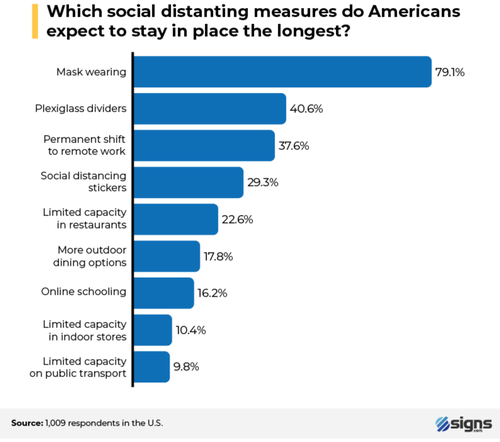 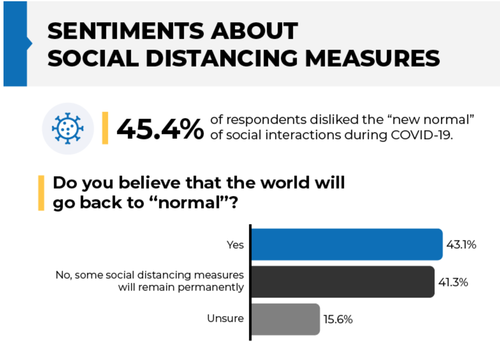 Below are some of the key takeaways from the survey, which was published Friday: 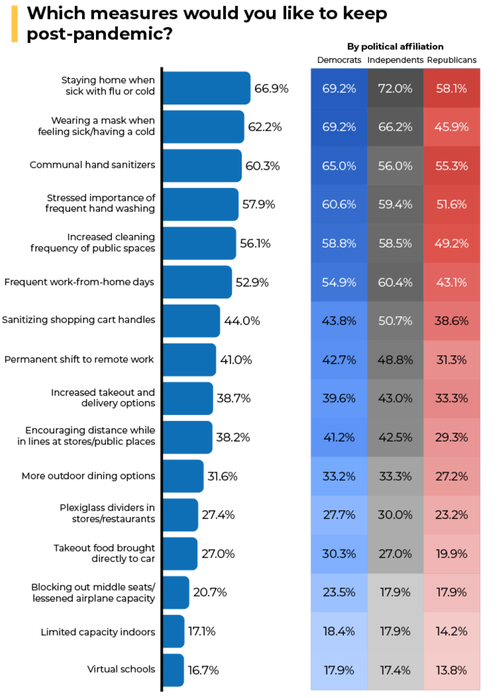 And there was this interesting line from the study: “53.7% of baby boomers believed some social distancing measures would remain in place permanently.”

Ultimately, the survey concluded, “43.1% of respondents believed that the world would go back to normal, just as it used to be” while in contrast “41.3% thought that some social distancing measures would remain permanently, even after the pandemic ends.”