Where The EU Exports Its Waste

Where The EU Exports Its Waste

The European Union exported 32.7 million tonnes of waste in 2020, according to Eurostat, a 75 percent increase since 2004. 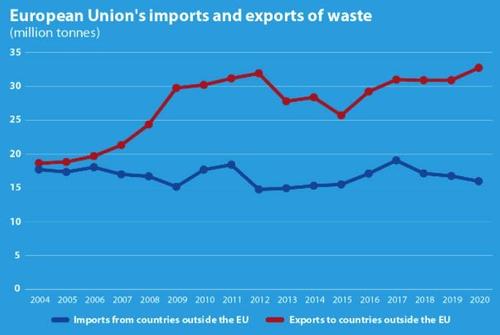 As Statista’s Niall McCarthy points out, Turkey was the primary destination country for EU waste last year with some 13.7 million tonnes sent there – three times as much as in 2004. 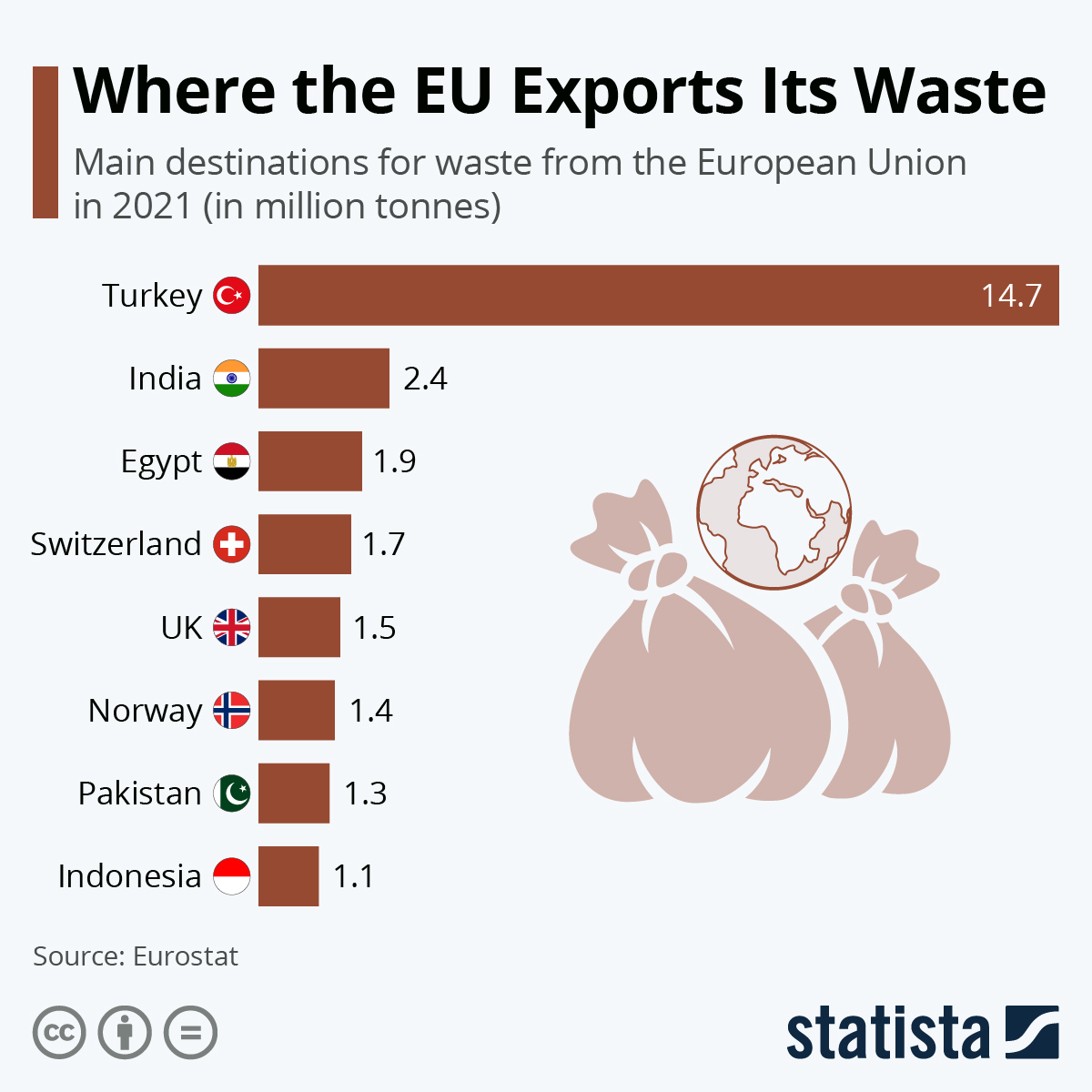 It was followed by two European countries – the UK and Switzerland – with 1.8 and 1.6 million tonnes, respectively.