Authored by Mark Glennon via Wirepoints.org,

“Regarding the Great Depression,… we did it. We’re very sorry… We won’t do it again.”

Ninety-two years ago, as what was to become the Great Depression was setting in, the Federal Reserve made what is now widely regarded as a historic error. Instead of pursuing an expansionary policy and growing the money supply, it did the opposite, contributing to the decline. “Scholars believe that such declines in the money supply caused by Federal Reserve decisions had a severely contractionary effect on output,” as a Federal Reserve history puts it. Hence, that apology above by former Federal Reserve Chairman Ben Bernanke. 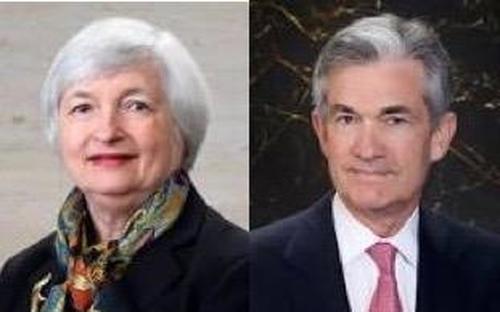 Today, with the economy reopening and a snapback recovery happening, the opposite blunder is underway. A previously unimaginable torrent of cash is pouring into the economy from both the federal government and the Fed, which are now “joined at the hip,” as former Fed economist Henry Kauffman recently wrote.

The consequences are already visible. Worker shortages are rampant, undermining the rebound and institutionalizing government dependence. The federal cash is finding its way into everything from homes to cryptocurrencies to stocks to raw materials, making it certain inflation will claw back much of the recovery in income. And everything is getting federalized, upending the system of decentralized government that served America well for so long.

It’s key to first to get your mind around how much money Washington is pumping out, which isn’t easy. So far, lawmakers have enacted six major pandemic relief bills costing about $5.3 trillion. For a little perspective, that’s 27% more than the entire federal budget for 2019, the last fiscal year before the pandemic. And now the Biden Administration wants to spend an additional $4.5 trillion.

Through it all, the Fed has been the Treasury’s enabler. It has already wished into existence $3.5 trillion since the pandemic started, used to purchase notes and bonds. And it says it expects to continue that buying at a clip of $1.4 trillion per year while keeping interest rates low, rates that already are negative, being lower than inflation.

Here’s another bit of historical perspective. In 1988, Democratic Senator Lloyd Bentsen said this in a debate during his candidacy for Vice President: “You know, if you let me write $200 billion worth of hot checks every year, I could give you an illusion of prosperity, too.”

That $200 billion would be only $450 billion today. But this year’s projected federal deficit is five times higher than that even without the Biden Administration’s new spending proposal. The Fed is now creating as much money as Bentsen decried in today’s dollars every four months.

Granted, not everybody has benefited from federal largess. Some individuals have suffered immense financial hardship from the pandemic.

But that definitely has not been typical. Federal assistance has been so vast that total personal income in every state has actually been higher during the pandemic than before. As a Pew Research report put it, “The sharp increase in government transfer payments more than offset a slight decline in inflation-adjusted earnings, which include wages from work plus extra compensation such as employer-sponsored health benefits, as well as business profits.”

Nor have state and local governments suffered. Federal relief for almost all of them together with their own reserves has exceeded losses caused by the pandemic. Many needed no help at all, as we detailed here.

Why work or return to normal if federal handouts keep coming?

The evidence is overwhelming in stories everywhere, across the nation and in multiple sectors. A few examples:

Senior Biden economic officials have in recent weeks “been peppered by complaints from restaurant groups, the construction industry and other businesses about their inability to find enough workers as the U.S. economy begins to recover from the pandemic,” the Washington Post reported on Wednesday.

But so far that has fallen on deaf ears. Neither the Fed nor the Biden Administration have shown an inkling of interest in changing direction.

Yes, there are other reasons why some may be reluctant to return to work beyond monetary and fiscal policy. Though vaccines are now available to all adults, some still fear COVID-19, and not all employers are back to running normally.

But the lack of financial incentive is surely key. “Show me the incentives and I will show you the results,” as Charlie Munger, Warren Buffet’s partner says. The expanded federal unemployment benefits authorized by Congress last until September 6. That makes no sense whatsoever in light of Biden’s goal of returning to normalcy by July 4. Many states have already done so and even in Illinois, where lockdowns have been harsh, Gov. JB Pritzker is talking about a full reopening by July 4.

Aside from discouraging people from returning to work, the gush of federal money has other consequences.

The grownups in the room telling the politicians to back off should be Treasury Secretary Janet Yellen and Federal Reserve Chairman Jerome Powell. They are failing.

It took decades for a consensus to form about the folly of federal policy at the outset of the Great Depression. This time, the reverse blunder and its consequences won’t take long to figure out. They are in plain view already.