Luongo: Cryptos “Are The Right Tool To Call Bull$hit On Central Banks”

Luongo: Cryptos “Are The Right Tool To Call Bull$hit On Central Banks”

Bitcoin: It’s Not A “Real” Truck

I just bought a new truck. My 2013 Ford Focus (with requisite 5 speed Millennial Anti-Theft Device) couldn’t keep up with the rigors of my 3/4 mile trek to pavement multiple times a day. 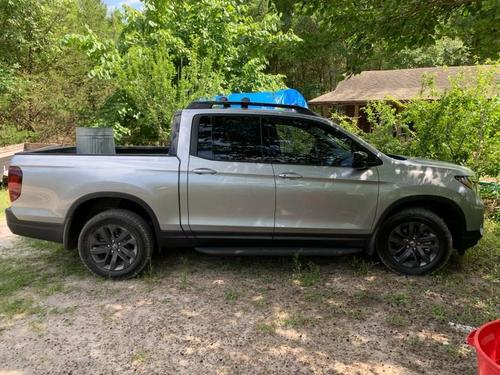 It was time to get something out of it before it began costing me real money, as much as I loved that car.

No matter what I did I was going to buy as little car as I could because vehicle prices are scandalous, a by-product of the Fed’s insane policies creating cost-push inflation for everything people actually need while denying it’s having any ‘real’ effects.

That ‘real’ thing is important and I’ll keep coming back to it.

I live back a dirt road that gets ugly in the wet Florida summer. I have a small farm and a teenage daughter. Goats, Ducks, Dogs and a wife earning a Bachelor’s in food foresting and permaculture.

I need a pickup truck and one that hauled three people in reasonable comfort. I have a farm truck I no longer want, a true 2005 piece of hot garbage made by Chevy called a Colorado that has negative value. Plates and insurance alone are more than the truck is worth to me.

Cheap paid-for vehicles that cost you time are not an asset, they are a liability that only compounds as they age. Getting rid of both the Focus and the Colorado and combining them into one vehicle was a good value proposition.

And at these financing rates and the state of my business I could more than afford to treat myself after years of fiscal discipline.

I bought the Honda Ridgeline pictured above. All the truck I needed, none of the truck I didn’t.

Did I want something more manly or more aspirational? Sure.

Did I lust over the $56,000 RAM Rebel (in blue!) with the Hemi at the local Church of Mopar? Absolutely.

But I don’t buy cars that way. Never have. For me it’s all about the value proposition because I know myself well enough to know that I’m hard on my cars. My trade-ins are never good. Where I live they just can’t be.

That said, since I generally just love cars I can cross shop everything from a Mini to a muscle truck. So, when the right value deal presents itself, I buy that car not feeling a moment of buyer’s remorse knowing I pre-paid and didn’t finance part of that accelerated depreciation curve.

Needless to say, I’m a nightmare for car salesmen.

But here’s the thing about the Honda Ridgeline. It’s not a ‘real truck. ‘

It looks like a truck, performs most tasks like a truck, but it’s not a full box ladder frame, solid axle spine breaker with a foot of ground clearance. It’s a mid-sized light duty truck, built like a car underneath. It will haul me and 500 lbs of hay and feed home from town and take my daughter to school regardless of how sloppy the road is. And it’s more agile than the Colorado or any other mid-sized truck other than the Ford Ranger on the market (2021 model) and that’s important to me.

Did I mention my wife and the permaculture? The yard and parking areas are tight. The RAM simply wouldn’t fit.

This isn’t meant to be an advertisement for the Ridgeline. It’s meant to remind everyone that to all things there is a purpose and consumers make choices not based on others’ perceptions.

Because no matter what you say to ‘real truck’ guys. The Ridgeline isn’t a ‘real truck.’

Scroll through the comments on any YouTube video comparing the Ridgeline to a ‘real truck’ like the aging and over-priced Toyota Tacoma and you’ll see exactly what I’m talking about.

And fair enough. But, you know what?

More people are finally coming to the realization that they don’t need a ‘real truck.’ They need something that does the work they need it to do and still do everything else well enough. And mostly that’s haul ourselves around and navigate parking lots and traffic.

That’s why Hyundai’s new Santa Cruz is going to sell like mad, FYI. 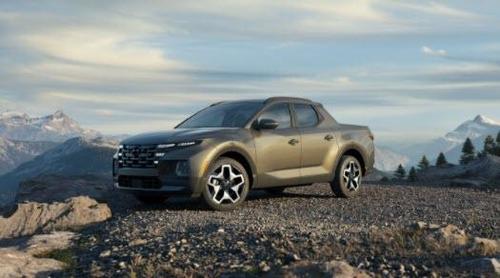 The Ridgeline is almost too much truck for me. Almost.

Even my wife gave me a little grief for buying the Ridgeline, since she drives a 2015 Xterra, what she calls her “Animus Chariot.”

So what does this have to do with Bitcoin?

A lot. Because the market doesn’t care about the wishes of those who can’t update their definitions. The definitions of a ‘real truck’ have changed a lot over the years. No one today would say a Ram 1500 with coil springs isn’t a ‘real truck’ because it doesn’t have leaf springs.

The mini-pickups of the 80’s and 90’s — the early Rangers and precursors to today’s Tacomas, one of which I built my house with — weren’t considered ‘real trucks’ back then either because they had 4-bangers. I get it. But the market decides what works and what doesn’t.

And if Honda can make a unibody truck platform work well enough for 85% of truck operations in the real world is it any different than what Subaru did with the Outback and Forester for SUVs? Up until their introduction SUVs were just ‘trucks with trunks,’

And it means that calling the Ridgeline ‘minivan with a bed’ is exactly what it looks like (aside from being funny), people disparaging what someone else chose to validate their own choices.

Jungian’s call that ‘projection,’ by the way.

So, as I navigate the hate for the Ridgeline I’m getting the same vibe there as I do from the gold community about bitcoin.

It’s not ‘real money,’ they say. “Good luck having money when the lights go out.”

“It can’t climb over rocks or tow a big load.” Well, of course not, it wasn’t designed for that.

And, last I checked, when the lights go out, doesn’t the definition of money change again? You know to lead, copper, a primer and some smokeless powder, but I digress.

I don’t think at this point those protests about bitcoin are about their lack of understanding it. It’s something much deeper, much darker. It is that sinking feeling that the image they have of the world they thought they knew isn’t valid anymore.

That technology has altered the structure of the market for both trucks and money in a way that isn’t coming back to their way of thinking.

Their projection is not based on rational analysis of the situation but an inability to cope with what amounts to a sub-optimal series of choices made out of stubbornness and loyalty to a worldview which is no longer valid.

Now for those gold guys who, unlike me, are unconvinced of bitcoin’s future but used it to buy more gold, all I have to say to them is, “Huzzah! You are smarter than even the above average bear.”

The gold investment community is still stuck in 2008 (to protect their businesses), using the canard that if just 1% of retail investors put 5% of their wealth into gold they could break the central banks and the COMEX/LBMA and gold could finally get properly priced.

But here we are after 20 years and we have the Fed expanding its balance sheet at a furious rate trying to keep up with asset deflation and retail investors continue to not do this very simple thing. Why?

Because gold can’t do all that needs to be done. There are tasks bitcoin does better. Gold’s network is tiny. Bitcoin’s is growing exponentially. Which one, in a world where people reject the central banks, is going to outcompete the other for marketshare?

Gold has its place in this but it isn’t the only place.

Just like the Ridgeline does some things better than a Tacoma. And to deny that simple truth is insecurity becoming projection. And hating the Ridgeline is hating your own choices for having overspent on the compromises of owning a ‘real truck.’

Over time our perceptions of what is and is not real change. They change with age and experience. So too, do gold guys have to get on board with crypto to help all of us navigate a very uncertain future, become part of the powerful network effect of Bitcoin. At the same time the ‘have fun being poor’ crypto guys have to get out there, take some profit off the table, get ‘real’ and buy some gold.

During my car buying process we went out for a quick dinner while waiting for my Mopar salesman to come back to the office. We stopped at a local Chinese buffet. Not my first choice but it was a bit of nostalgia from my Type-2 diabetes days.

Now, I have three rules when I go to the Chinese buffet. Never go between lunch and dinner when the food is old, never get seafood and always chase dinner with ice cream. Like I said, Type-2 diabetes.

That day we had 30 minutes. We ate at 4:30, I had shrimp and didn’t have any ice cream. And nothing bad happened.

When I went back to the dealership, I was still considering a ‘real’ man’s car, a Jeep Wrangler. I could have compromised and made my utility trailer my truck bed for all farm tasks.

Now I also have three rules about Jeeps. Only two doors, only manual transmissions, just enough options to make them livable. I owned a 1993 Wrangler. I’m 53 now.

And after driving one with the current stick I knew if I bought a Jeep it would be the mild hybrid one with a slush box, because it was just better.

But was it worth $40,000? Remember, my other rule, find the value proposition. Because to make it livable that would have been the price tag. I could compromise on the first two rules but not the third. I really was at a crossroads.

The next day, a Sunday, only two dealerships were open, Honda and the Church of Mopar. I stopped into Honda, drove the Ridgeline and all of my dithering vanished.

It fit my needs for today perfectly. Bitcoin (really all cryptos) is the right tool today to call bullshit on the central banks.

That’s today. Today I drive a Ridgeline. When my daughter graduates high school, however, you can bet there’ll an F-150 or RAM 1500 with two seats and a V-8 in my driveway after getting shrimp at the Chinese restaurant.