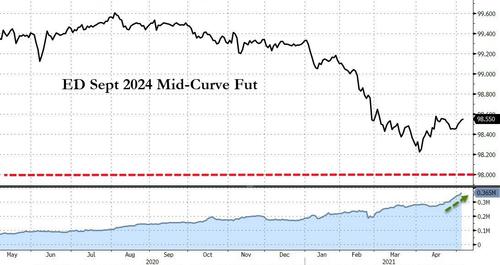 Bloomberg’s Edward Bolingbroke was the first to highlight the massive ED trade by an unknown entity, who appears to be betting that the Fed’s dovish stance will end with a bang not in June, as many analysts predict, but in August with Powell making the inevitable taper announcement at Jackson Hole, which will lead to a bloodbath across the curve and especially the short-end.

Because last year, Powell unveiled a new policy framework for inflation, while in 2012 Ben Bernanke signaled more bond purchases were on the table.

Since we first noted it, there has been a burst in eurodollar options activity involving a position that will benefit from this potential ramp-up in taper rhetoric in August, and Nomura’s Charlie McElligott notes that, ahead of tomorrow’s much-anticipated payrolls print, there has been a dramatic increase in the ‘eurodollar whale’ position. 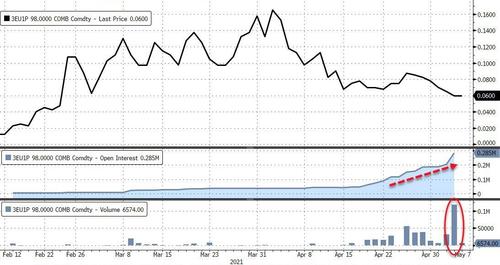 To get a better handle on the demand for this position, we can look at implied vols for those options… 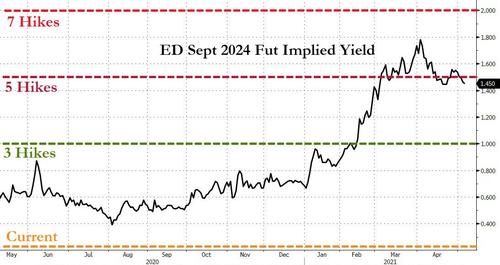 With Dallas Fed’s Kaplan saying that he “wants to see taper talks start sooner rather than later,” warning that there are “side effects” from Fed bond-buying and tomorrow’s payrolls data anticipated to be over 1 million jobs added, perhaps it’s not so far-fetched to see Jackson Hole as the place to begin thinking about thinking about normalization.