Today in “where’s the inflation?” news…

An unopened copy of a Nintendo game, that was originally purchased in 1986, has just sold at auction for $660,000.

The copy of Super Mario Brothers had been “forgotten in a desk drawer” for nearly 3 decades, AP reported, before being sold by Heritage Auctions in Dallas. It sold on Friday of last week. 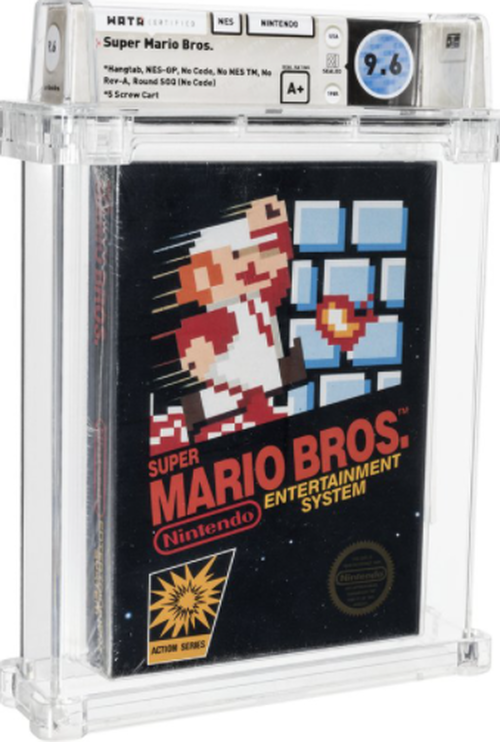 The game was originally purchased as a Christmas gift more than 25 years ago, but was instead placed into a desk drawer where it remained “sealed in plastic with its hang tab in tact”.

Valarie McLeckie, Heritage’s video game specialist, told AP: “Since the production window for this copy and others like it was so short, finding another copy from this same production run in similar condition would be akin to looking for single drop of water in an ocean.”

The copy of the game is being called the “finest” to ever have been professionally graded for auction. A similar copy last sold for $114,000 only last summer. While that copy was produced a year later in 1987, it still marks a nearly 6x rise in the price of a game that once cost less than $100 under 3 decades ago.

‘The Uncle of Europe’ – Prince Philip’s Ties to Royalty from Greece, Russia, Denmark, and More

‘The Uncle of Europe’ – Prince Philip’s Ties to Royalty from Greece, Russia, Denmark, and More