We have previously discussed the controversial history of Marc Elias, including allegations that he lied about the funding of Steele Dossier by the Clinton campaign. Elias has also been criticized for challenging elections when he and other Democratic lawyers denounced Republican challenges as a threat to democracy. Now, Elias (who is heading a new group called “Democracy Docket”) is again under intense criticism after a tweet that some have called inherently racist.

Democrats have used the recent Georgia election law as a rallying cry for federalizing elections by labelling the law, as described by President Biden, “Jim Crow on steroids.” Biden has been repeatedly called out for demonstrably false statements about the law.  Elias has been arguing that the law is a barrier for black and minority voters. He is being denounced for a tweet where he suggested that Georgia voters could not be expected to be able to read their driver’s licenses correctly — a statement that seemed to refer to minority voters who would be disproportionately impacted by such a requirement.

Elias tries to explain by the new law is such a barrier to voting by noting that “The new Georgia law will require voters to submit ID to vote by mail. If they use their driver’s license, they need to provide the #. One of the two numbers below is correct. If they put the other, it will be rejected.”

He then includes an image of a Georgia driver’s license with two separate numbers highlights and asks “Are you sure you would pick the right one?”

The new Georgia law will require voters to submit ID to vote by mail. If they use their driver’s license, they need to provide the #.

One of the two numbers below is correct. If they put the other, it will be rejected.

Are you sure you would pick the right one? pic.twitter.com/3yQZAgioLO

Elias is suggesting that the numbers will be hopelessly confusing and thus effectively bar black voters from participating in elections.

Polls show that 72 percent of American adults approve of requiring photo identification to vote, but they have not faced with the daunting challenge of finding the driver’s license number.

If voters cannot deduce that the “DL” number refers to “Driver’s License” number, the form itself would make this obvious by only have boxes for nine numbers as well as instructions on where to find the number. There should be a concern for how errors are addressed in such systems, including the use of provisional votes or other means to address errors in writing down such numbers. Mistakes can occur that the system should allow for notice and corrections to be made.

Previously, the main argument against verified voting rules was that many minority voters do not have identification cards.  This argument suggests that many who do have such cards will have difficulty figuring out their DL number. 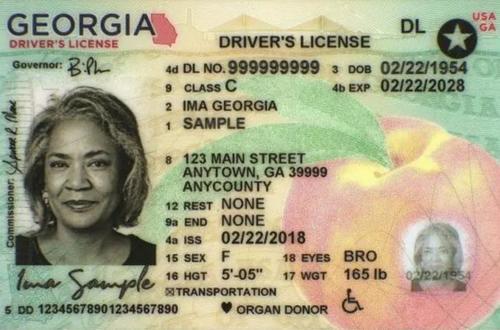 Whatever the arguments against verified voting, insulting the intelligence of minority voters is not likely the best option.

As Curt Schilling tweeted: “Once again the left exposes its bigotry of minorities with their “too stupid to know better” set of low expectations. There is NO OTHER lengthy number and what on earth does the DL# stand for other than Drivers License #? Stop thinking anyone not white is dumber than you are.”

Blasting Elias for his clearly racist and bigoted comments…

ALL minorities PLEASE read this for what it is. This is a very simple succinct statement that you, a minority, are too dumb to understand simple written instructions and you need this ambulance chaser to right the moral wrong of the white man!

Head of Tokyo Olympics Again Says Games Will Not be Canceled