How The Fed’s Inflation Is Driving Stock Buybacks

How The Fed’s Inflation Is Driving Stock Buybacks

Authored by Brian Carus via The Mises Institute,

Both sides here either forget about, miss, or fail to prioritize the key behavioral incentives that drive this activity. 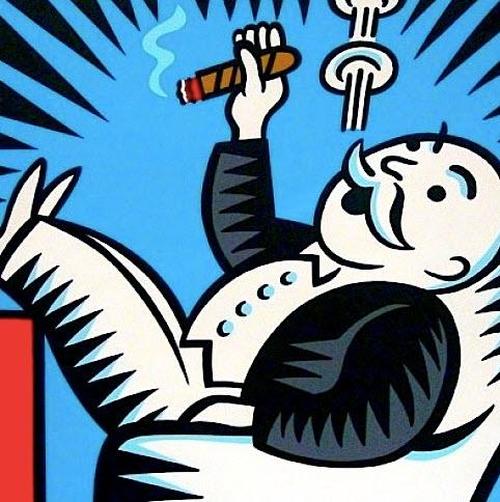 It is true that company managers are shareholder agents—and are obligated to pursue projects to the end of wealth maximization. If the managers perceive that they do not have enough net present value–positive projects to pursue, they often pay dividends or do share buybacks.

However, it is also true that the practice of share buybacks does lead to inflated earnings per share (EPS), and ultimately drives stock prices higher—to the point where many companies over the last decade issued debt on an extremely cheap basis in order to buy back shares and return capital to shareholders. This depleted company balance sheets and left many firms in many different sectors wholly unprepared for a top-line disruption such as the response to covid-19. Ultimately, this led to layoffs and bailouts, as companies were unprepared.

All of that said, none of this gets to the root of the problem: Why do companies have no better use for the capital than to buy back their shares?

Say what you will about him, his past, or what he is doing with his firm right now, but it is Michael Saylor, chairman and CEO of business intelligence firm Microstrategy, which recently decided to make bitcoin the primary component of its treasury reserve, who seems to be most cogently distilling the argument as to the “why” here. Saylor’s arguments imply that the reason why buybacks have become so common is because the required rates of return to equity, essentially the minimum return percentage that an investor will accept for owning a company’s stock, and a theoretical project profitability yardstick, have become so distorted over time that managers have had no choice but to return capital to shareholders.

The reason the rate of monetary expansion makes sense as a measure of required rate of return has to do with the fact this is essentially inflation in and of itself, devaluing the monetary units that are held by the public. The purchasing power of the money declines—while this may not be evident at first, mainly because newly “printed” money often stays within the financial system, it has consequences over time, causes the boom-bust cycle that leads to widespread economic destruction roughly every ten years, and punishes savers. It has also helped feed extreme rises in the cost of healthcare, the cost of education, the cost of housing, distorts the mechanism of prices (which are the key information signal to any functional economy), underwrites the wars that never seem to end, and is right at the root of the socioeconomic troubles facing America’s once highly prosperous middle class.

Equity holders then rationally look at the monetary inflation and seek to park their capital in places where it will keep up with or exceed the rate of monetary inflation—they do this so as to maintain or enhance the purchasing power of their capital. This capital had flowed into the equity markets in the first place due to the inability to earn sufficient yield on savings accounts and other traditional fixed-income investments. In light of inflation, a managerial team’s duty to their shareholders becomes to grow the company at a rate that exceeds the rate of monetary inflation, and help the shareholders maintain their purchasing power.

If you have not listened to Saylor opine on these issues, it’s highly recommended. Below we will attempt to capture the essence of what he is saying.

In an environment in which fiat currencies are weakening, companies have to work harder to generate return on equity exceeding the artificially high hurdle caused by monetary inflation. This artificially tips the scale of business investment decisions away from projects that would be profitable but for the excessively high required rate of return. Because the capital is losing value so quickly, it takes the most profitable business projects and opportunities to keep up. Unfortunately, so few companies have the requisite business opportunities because of these economic conditions and policies they are subject to.

To invest in and execute projects that exceed the required rate of return has become such a Herculean task for many company managers that they are left with no choice but to either issue dividends or buy back their shares. Company assets are decaying as they sit in cash, and thus shareholder groups pressure the managers to return the capital. In this way, the capital is preserved for the shareholders, but it is a method of corporate and ultimately societal destruction, as companies increasingly decapitalize through buybacks and dividends—the corporations create the jobs, the products, and the services, but they are increasingly disincentivized from doing so.

Saylor’s way around this has been to protect his company’s assets by investing shareholder capital in bitcoin, which he views as extending the life of his company, keeping the capital within the company and maintaining the jobs, products, services, and business opportunities for the long term. Commentary on this is beyond the scope of this article, but the broad point is clear: the macroeconomic pressure over the decades has become so great that companies have been left with no rational choice but to buy back their shares. This is what many within the arena of this argument on both sides have failed to either realize, acknowledge, or speak to effectively enough.

Ultimately, what this problem comes down to, like so many of the problems we face in society today, is that we need sound money. We need better means to transmit value not only through space but through time—purchasing power needs to be reliably transmitted into the future. When people are more confident in the money of the society—that it is a reliable, immutable store of value, medium of exchange, and unit of account—then free markets can and will work, enabling the enterprising to create products and services that serve customers and create jobs, raising the standard of living through time.