Potential jurors have expressed concerns about protesters mobbing their homes and threatening their loved ones depending on the verdict, which has made picking a jury of 12 unbiased individuals exceedingly difficult in the murder trial of Derek Chauvin, who is facing Murder 2 & Murder 3 charges, along with a manslaughter charge, over the killing of George Floyd. 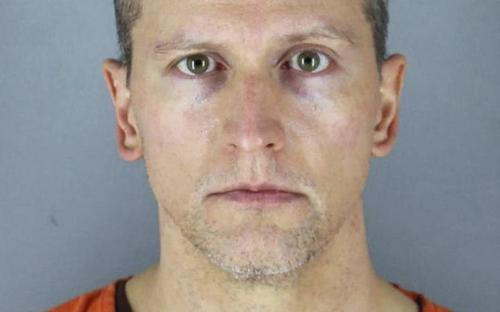 And after the City of Minneapolis last week agreed to a historic $27M settlement with the family of George Floyd, Judge Peter Cahill of the Hennepin County District Court has admonished the city over the timing of the settlement, calling it “unfortunate”. The judge said he would need to recall the 7 jurors seated in the trial to ask if they saw the news of the settlement.

“I wish city officials would stop talking about this case so much,” the judge said before resuming jury selection on Monday morning. “At the same time, I don’t find any evil intent that they are trying to tamper with the criminal case.”

Chauvin’s defense lawyer, Eric Nelson, said the news of the settlement in the wrongful death case was “profoundly disturbing” to the defense. adding that “by my count, this is the third highly prejudicial press leak or press release that has very suspicious timing, to say the least, and has an incredible propensity to taint a jury pool.”

Nelson then asked to recall the seven seated jurors and asked Judge Cahill to reconsider his request to move the trial to a different County. Cahill granted the recall request, and said he would consider the change of venue request as media reports about the settlement have made it more difficult to select a non-tarnished jury pool.

The first potential juror to appear in court on Monday (described by Reuters as a white woman in her 50s) said the size of the settlement made an impression on her and that she was familiar with civil litigation from her work in human resources. “My guess is that with that large of a settlement the city did not feel it would prevail in court,” she told the judge, who went on to dismiss the charges.

Prosecutors from the Minnesota attorney general’s office told the court they had no control over the city’s mayor, council or news media.

“You would agree that this is unfortunate, wouldn’t you?” the judge asked prosecutors. “That we have this reported all over the media when we’re in the midst of jury selection?”

Last week, seven jurors were seated, including three white men, a Hispanic man, one white woman, a woman of mixed race ethnicity, and a black man who immigrated to the US about 14 years ago. All but one are in their 20s and 30s, the court said. Judge Cahill has promised the jurors anonymity for the duration of the trial. An eighth juror was picked later on Monday. He is a black man in his 30s who has worked in the banking industry and said he likes writing poetry and coaching and watching sports. He said he would be able to be impartial in the trial despite saying he supports the BLM message.

“I don’t think he had any intention of harming anyone,” he said of Chauvin, “but somebody did die.”

The court is hoping to have opening arguments commence March 29. In the mean time, all potential jurors who have appeared so far said they know who Chauvin is and what the video shows him doing. While most said they had a negative opinion of Chauvin, they told lawyers they would be able to judge the case impartially.

Meanwhile, earlier this month, an appeals court judge allowed prosecutors to reinstate a third-degree murder charge that Judge Cahill had initially ordered dropped. The charge will give prosecutors even greater odds of a murder conviction.

Rob Reiner: Republicans Stand for Nothing Except White Nationalism

Rob Reiner: Republicans Stand for Nothing Except White Nationalism