Blain: Optimism Is A Scarce Commodity Across UK

Blain: Optimism Is A Scarce Commodity Across UK

Authored by Bill Blain via MorningPorridge.com,

The UK should be flying high on the success of the vaccination programme, government stimulus and the expectations of growth, but the negative news optics and an increasing sense of government mismanagement could unsettle recovery.

The big story in global markets remains the threat of rising rates, inflation and growth, the relative attractions of tech vs fundamentals, and just how much higher could markets be pushed upwards by accommodative policy. However, let’s set these aside for a moment and think about confidence in the future. Here in the UK, it feels like positive hopes are taking a knock.

If we lived in a sane world, the UK would be riding high. With the global economy set for a massive post pandemic recovery rally, all the signals looked on Green. In terms of known-unknowns the question has moved from how much to discount the UK after Brexit to wondering how much of a “disruptive” premium, and for new opportunities, should be added to the UK outlook? In terms of the known-risks on recovery; the UK has done best in the only really critical economic metric that counts; the success of its vaccination programme!

The UK had much to be positive about. The economy took a double whammy from Brexit and Covid, but should reopen strongly. The government’s vaccination and stimulus efforts generally outweigh the mistakes made elsewhere. Things are so good the Bank of England is concerned about the quickening pace of recovery, the level of sterling, and the effects of potentially rising rates on the economy – even though it now owns nearly half the Gilts stock through QE stimulus and could theoretically “control” rates.

Yet, this morning optimism is a scarce commodity across the UK. There is a palatable sense of smoking gun and bullet hole in foot. 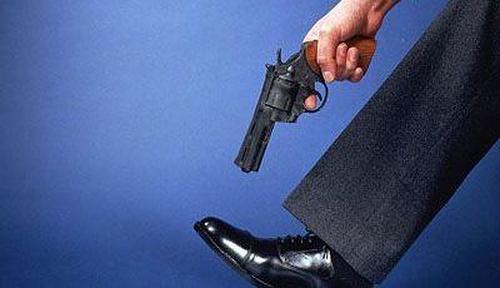 A bad week was made worse by the unpalatable scenes from the Clapham Common Vigil on Saturday night. Whose fault was it? The women who wanted to hold a vigil? The police who were doing their job? Or the politicians who could have read the runes better?

Perception is everything. What the world saw was the UK’s generally admired Police brutally clamping down and violently arresting women demonstrating for an end to violence against them. Bad laws are bad law. The optics could not have looked worse. Front page news in Hong Kong, Rangoon, Tehran, Moscow and everywhere else looking to knock the West’s sense of moral superiority.

Coming on the back of last week’s tabloid feeding frenzy regarding a Royal Duchess’ claim the nation is institutionally racist, and the widespread acceptance of her “truth”, brand United Kingdom has taken a knock. It would be well to remember that “recollections may vary”. Or the knock from the now widespread rejection of the UK’s AstraZeneca vaccine due to unsubstantiated claims it induces thrombosis. If nothing else, it shows the UK has fewer friends in Europe than we thought.

It’s easy to blame the police. London’s Metropolitan Police executed the Covid Laws which dictate large gatherings of people have to be broken up – they were given little leeway. (Let’s not go down the Trumpian rabbithole of blaming a set up by left-wing malcontents – but sure they will milk the opportunity.)

The subsequent calls for the dismissal of Cressida Dick, the UK’s top police leader and Met Commissioner, were predictable. Sack her, and replace her with another bloke? She’s on record saying she’d have attended the vigil herself – if it had been lawful. She is not the one to sack. Bad Laws are bad laws – some kind of compromise would have been much better.

When a compromise can’t be found – that’s when you should start to worry about the foundations of the state. A compromise should have been a win/win for government.

Its not like this was due to some forgettable band of right or left wing crackpots. The proposal for the Clapham Common Vigil was a reaction to growing discontent from 50% of the UK population. The murder of a young woman – the 31st to die this year at the hands of a man – triggered an extraordinary heartfelt and deep-rooted reaction across the nation.

I might be pale, male and stale, but I’ve a wife and daughter. If I can sense British women have had enough of laws which fail to protect them – why can’t politicians? Platitudes from politicians are increasingly useless. What kind of county are we living in where less than 3% of rapists go to jail? Lots of commentators this morning equate the demo with the murder of George Floyd in the US – the moment that awoke the social imperatives for change and Black Lives Matter.

The thug who mugged my daughter at knifepoint is unlikely to ever be caught, and if he is, he’ll get a slap on the wrist from a lightweight judiciary that regards crimes against women as a step down from defacing a statue. The fact my girl is scared to go outside her front door could have blighted her prospects for years. Women are rightly furious that male abuse and hate against them goes unpunished.

Bad laws are bad laws and they make the country less effective. The UK is an ethnically diverse, racially stable, and successful cosmopolitan society. Yet, it is a still a terribly unfair society, particularly in terms of gender, but also in terms of wealth, equality of opportunity and social justice. These need to be fixed – by competent politicians, who seem to be in pitifully short supply! Look at the cabinet today and you won’t be filled with hope, but a sense of their entitlement.

This all comes at a time when the UK is on tenterhooks from the pandemic. There is anger and resentment – from the Corona-nazis who believe stopping to chat to a friend is a capital offense, to the Corona-deniers who reckon it’s all over and why aren’t the pubs open?

Nerves are frayed. Covid, lockdown and economic slowdown are messing with our personal resilience. Over the weekend the papers were particularly depressing. A family that’s just bought a Bentley and a country mansion on the proceeds of dodgy PPE they sold to the NHS after getting a contract from the local MP in the pub? Or even more dodgy Sanjay Gupta and his GFC Alliance skimming the Treasury for £400 bln plus in Coronavirus recovery loans? Or that SNP politicians in Holyrood and Westminster were apparently using Air Greensill to jet off for nice dinners in return for guaranteeing grandiose industrial plans in the Highlands?

There is a something rotten in the State of Denmark Westminster.

Time for a clean up. Time for an Admiral Byng moment? The English like to shoot an Admiral every now and then to encourage the rest, as Voltaire observed. Let’s see if it’s true David Cameron is being protected by his parliamentary and big business Bullingdon chums, and the only reason for his payoffs from Lex Greensill were for the Top Cover his name supplied? Bring on the tumbril.

Boris to do a bit of housecleaning in Cabinet and get rid of the rotten apples. Top of the list should probably be Priti Patel. Bad Laws are Bad Law. Some might say sacking a female Home Secretary would be a bad gender signal at this time. Why? Compromise and leadership was needed.

I know this will peeve many readers in the financial world, but the most sensible political thing I heard this week from Labour MP Jess Philips. She nailed it on the Andrew Marr show – hitting misogyny into the long-grass, and summing up the unaddressed fears of so many women. Just for a moment… I thought to myself.. wow.. at last, a Labour politician with something to say.. maybe I won’t have to compromise my principles and vote Tory again?

Nope.. Kier Starmer was on later.. and I don’t recall a thing he said…

It’s not just the UK that’s suffering from coronaruption. Angela Merkel’s CDU took a spanking in German regional elections on the back of MP’s taking bungs on PPE deals. The possibility of a new “traffic light” left-leaning government as the Greens see their support rocketing is a now a real possibility!