Consuming meat has become a cultural staple across the world. But with the surging middle class in China and elsewhere, demand for beef, pork, and processed chicken has erupted. Global elites are pushing for societies to consume a plant-based diet because they say there’s a clear linkage between the worldwide livestock industry and greenhouse gas emissions.

Of course, France would be one of the first to mix politics with food. 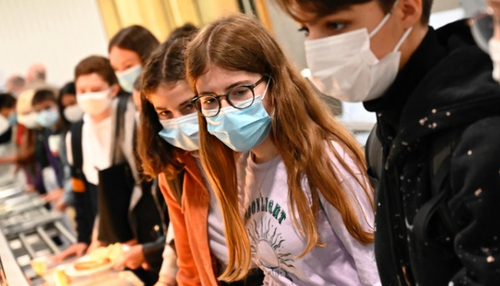 French Agriculture Minister Julien Denormandie denounced school officials in Lyon, the capital city in France’s Auvergne-Rhone-Alpes region, who removed the meat from menus. School officials conveniently scapegoat COVID-19 protocols as the reason for the removal, according to RT News.

“Let’s just give them what they need to grow well. Meat is part of it,” he wrote, adding that he had asked the region’s perfect, a state-appointed official, to overrule the move.

In an email dated Feb. 15 addressed to elected officials of the city, the assistant in charge of Education Stephanie Leger announced, “single menu without meat to serve students more quickly and streamline meals. She said the new menu would continue until Easter.

“The new health protocol imposes a separation of two meters in school catering. The single menu will allow us to speed up the service and thus allow us to welcome all children,” Leger told Agence France-Presse ( AFP).

“To correspond to the taste of the greatest number, we decided to remove the meat,” she said, adding that “it is not a vegetarian menu” since fish or eggs will continue to be served in the 206 schools in the city.

Besides Denormandie, other officials found the measure to exclude meat from school lunches as “unacceptable.”

“We can see that the moralizing and elitist policy of the Greens excludes the popular classes. Many children often only get to eat meat at the school canteen,” Darmanin tweeted, calling it a “scandalous ideology.”

But as we know, the globalists and “greenies” advocate for a “meatless” diet to save the planet. They’ve been pushing for more plant-based foods to combat climate change, soil, air, and water pollution produced by industrial livestock production.

Just blame it on COVID; the real agenda by globalists which is part of the “great transformation” is to usher in structural reforms of a green new society.

Don’t be surprised one day if we all are eating insects if the globalist had it their way, nevertheless eating three-dimensional “bio-printed” meat.

WH Spox Bedingfield: Biden’s ‘Preference’ Is Not to End the Filibuster

WH Spox Bedingfield: Biden’s ‘Preference’ Is Not to End the Filibuster

CNN’s Chris Cuomo to Don Lemon: ‘You Know I’m Black on the Inside’